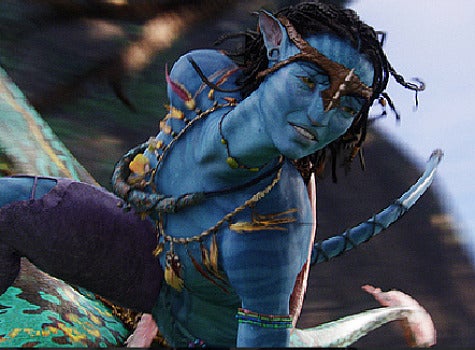 What is it with Hollywood and its obsession with alien “savages” this year?

First it was “Transformers: Revenge of the Fallen,” following a young man whose thought to have a object in his head that, with the help of an alien machine in Egypt, can yield great powers for the evil creature-like Decepticons to feed off of.

Then it was “District 9,” the sci-fi flick that surrounds an alien ghetto in Johannesburg, Africa that was destroyed by the hands of a group of alien abolishers (ironically called the Multi-National United).

And, for the past nine days, it’s been Avatar, the mega-blockbuster that follows another group of scientists whose main goal is to wipe out the alien population of Pandora in order to gain access to the highly profitable mineral known as “unobtainium.” Funny thing is, in the last film mentioned the so-called aliens also have oddly familiar comparisons to African people–dreads in their hair, larger noses, bones sticking out their noses and dangling from their necks, tails, and shreds of fabric barely covering their private parts as they fight for their lives each day in the deadly forest that is their home.

Granted, that isn’t the main focus of these movies. But it’s hard to ignore creatures leaping onto the big screen baring similar characteristics to our own kind portrayed as wild savages that must be killed in order to protect the earth or removed to gain access to a powerful substance on their own land that will only propel the white protagonist. This is entertainment? This is what has dominated the American box office all year and has made it billions of dollars?

Hollywood, haven’t we come further than this in over eighty years that we don’t have to resort to indigenous-type creatures posing some sort of threat to world? We’ve got to do better than this.

Take our Poll: Is Avatar Racist?

Alicia Etheredge Brown On The Importance Of Wellness And Enc...