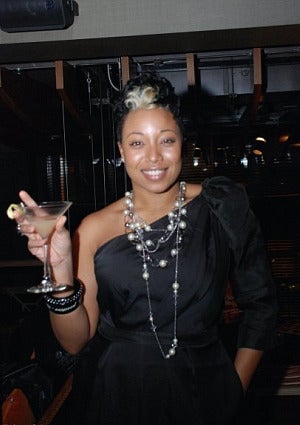 Finally, a celebration of Singlehood. That’s what went through my mind last summer when I met with a team of producers who had just begun working on VH1’s new hit show “Let’s Talk About Pep” (10:30 PM EST).

They laid out the idea as a show about four single and fabulous Black women looking for love, and more importantly, dating, ie not sitting at home with their cats and crying into their spilled soymilk. It was all I could do not to blurt, I want in! I kept my cool and eventually was offered an opportunity to appear on the show as ESSENCE‘s Relationship Editor and as a Dating Expert, which I gladly accepted.

On tonight’s show, I’ll take Pep and her friend Kittie on one of my “cutie runs”, a post-work trek through Manhattan to look for eligible bachelors. (Yes, this is part of my job description.) If you’ve been reading my commentaries long enough or joined the discussions about dating and relationships on my blog, ABelleInBrooklyn.com, you’ll recognize one of my top pet-peeves is the way single Black women are portrayed in the media. Regine’s desperation on “Living Single”; Pam’s pre-Tommy bitterness on “Martin,” and all the in book and big screen shenanigas of the “Waiting to Exhale” women shaped my impression of what my dating future was to hold.

As early as high school and college, I clung to boys (cause they weren’t men yet) who were not much to write home about solely in the fear of avoiding some eternal empty-bed fate that is implied to come when a Black woman finds herself manless at (gasp) 30! Too often Black women who have not jumped the broom are depicted as modern updates to Great Expectations’ Miss Havisham, a wealthy and forever lonely “spinster” who sits at home lamenting lost love.

While “Nightline” has single Black women just over 30 talking about crying into their pillows at night, the fictional White women on “Sex and the City”–women well past 30–are shown practically high off new experiences, the carefree unaccountability of checking in with a man or considering anyone else’s feelings, and the thrill of picking through men like trying to find unbruised produce at the local Whole Foods. Singlehood looks exhilarating and adventurous for them, not like it is too often shown for us as a tedious, but important exercise to make sure we don’t end up alone.

At 30, I am single–and for the record, happy (if I don’t say it you’ll mistakenly think I’m complaining.) My dating life, if you take out the added for-TV drama, is much more like Pep and friends than anything like the depressing women trotted out for “Nightline,” CNN, and the Washington Post. No, I don’t take off my Vicky’s in public bathrooms, stick my feet in any man’s mouth for any reason, or hop in hot tubs on Date One. But much like Pep, Jacque, Kittie, and Joumana, I do find myself regularly sitting across from (and flirting with) an attractive suitor with good conversation and pretty white teeth. And it’s a rare occasion that I sit at home unwillingly for lack of a male option to entertain me or plunk down his debit card after dinner and a drink (or two). I too get giddy over meeting up with a new guy and exchanging witty banter in New York’s chicest venues. And I think there are a lot of optimistic and cheerful single women like me and the ladies of “Let’s Talk About Pep.”

Someday, the dating scene may get old and I may begin to look forward to the moment when I accept a man’s offer to put a ring on it and spend my life with him. But today, especially tonight at 10:30 PM on VH1 (I know, another shameless plug. I want to make sure you watch!), I’m having too much fun on the journey to focus on the destination.


Demetria L. Lucas is the Relationships Editor at ESSENCE Magazine and the author of ABelleInBrooklyn.com. Tune in to “Let’s Talk About Pep” tonight at 10:30 PM EST on VH1 to catch her appearance.