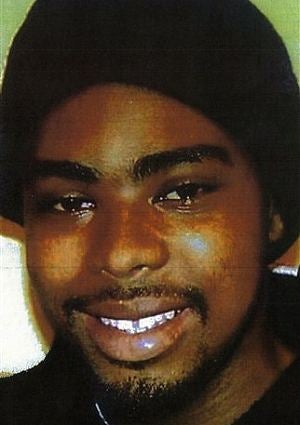 In Oakland, California, riots and looting occurred just hours after a White police officer was convicted on a lesser charge for killing 22-year-old Oscar Grant III on New Year’s Day in 2009. Hundreds gathered in what initially seemed to be a peaceful protest. But once the officer was charged with involuntary manslaughter, the ruling sent shockwaves to Oakland natives. ESSENCE.com contributor Jamilah Lemieux wonders what message the California courts are sending about the value of a Black man’s life: I didn’t cry upon hearing the Oscar Grant verdict yesterday. There was no shock for me. My heart didn’t break for his family or the people of Oakland yesterday. That happened on January 1, 2009 when word of the murder got out. I knew that day there would be no earthly justice for that man and his family and the state of California did not prove me wrong. There is, however, a feeling of heaviness that has begun to set in; an ever-present weight that shifts in the aftermath of these cases. This knowing that exists in Black men and women as we walk the streets, examining the police and they, us, with mutual fear, loathing and distrust. Understanding how quickly we can be snuffed out with one false move. How much is your life worth? California Penal Code defines involuntary manslaughter as murder “by way of a lawful though dangerous act, that is done in an unlawful manner or without due caution or circumspection.” The lawful act of being a gun-toting officer of the law was performed in an unlawful matter. I understand that. But to reduce the execution (call it what it is) of an unarmed man as he lay on the ground to an involuntary act of murder is essentially the court’s way of protecting an unwritten and deadly code of the streets. Black people are considered to be criminals, not citizens. We are so inherently and consistently dangerous that we are a threat wherever we are present. We are a threat when we are on the ground, begging for our lives. Is Officer Johannes Mehserle a bigot who hates Black folk and left the house that New Year’s Eve with the intent of taking one of us out? I don’t have an evidence to support that. I do, however, believe strongly that he is one of many who has been enabled to lord over our streets with a gun and a badge, despite his inability to treat Black people like human beings. To treat us like citizens, not criminals until proven otherwise. The police fear Black people. Fear and hatred and guns are a dangerous combination. With the law on their side, these shook ones are allowed to kill us in the name of protection. But who protects us? There’s a one-two punch that hits in these cases; the first blow is the murder. The second is the court’s determination that the killing didn’t matter that much. My only surprise yesterday was that Mehserle was convicted of any crime at all. We got crumbs when we usually get nothing, but it still isn’t right. Is this a ‘stepping stone’ towards justice? Maybe three or four dead Black men down the line, we’ll work our way up to a first degree murder conviction? But for now, the message coming from California is very clear. How much is your life worth? Not much, apparently. Jamilah Lemieux writes about race and culture on her blog, The Beautiful Struggler.