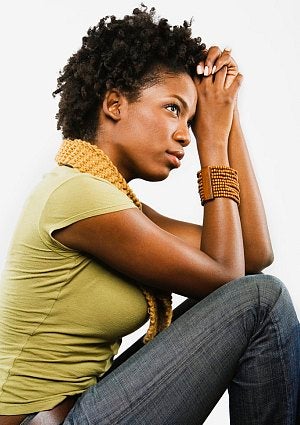 My morning starts in a blur. The alarm blares, signaling the end of sleep and the beginning of a long, long day. I shower, dress, get the kid up, make breakfast, head out the door, drop him off son, go to work, teach, pick up son, cook dinner, bathe son, grade papers, check tweets, email, Facebook, write. From the time I wake up, I am in constant motion, taking care of everything and everyone. I keep up this breakneck pace because if I don’t do it, it won’t get done. And letting things fall apart is just not acceptable. Although this is my routine, it’s certainly not unique. Women, especially Black women, have singlehandedly done it all — holding down jobs, houses, kids, men, and relationships — effortlessly. But it’s not as easy as it looks. Thirty years ago Michele Wallace published the groundbreaking book, “Black Macho and the Myth of the Superwoman.” In it, she discusses how Black women have been conditioned to live up to the impossible image of being superwoman. She writes that the myth of the Black woman is one of “inordinate strength” and that Black women are painted as not having “the same fears, weaknesses, and insecurities as other woman, but believes herself to be and is, in fact, stronger emotionally than most men.” It’s true, women are brought up to be master jugglers (raising babies while tending to husbands and jobs, or alone, for example), but many times we do so at our own expense. We are so used to just gutting it out and taking care of business, that many of us are depressed, angry, and slowly killing ourselves by trying to live up to the myth of the strong Black superwoman. Recently, I gave up. I gave up trying to be strong, perfect, steadfast. I realized that I could not be the best mom, the best lover, the best friend, or the best woman that I could be if I continued to along the path of attempting to be everything to everyone…except myself. After thinking about how to break out of the superwoman box, I decided to do something many of us dare not do; I made an appointment with a therapist. Even though Black people suffer from depression and other anxieties at very high rates, the stigma that surrounds seeking mental help in our community is so strong that it keeps us suffering in silence. But I refuse to take my anger or frustration out on my son. I refuse to get so fed up with work that it makes me physically ill. And I refuse to live one more day trapped by other people’s expectations of me. So I stepped out on faith and decided to save myself first. It is still strange saying that I have a therapist, but so far, I’ve received nothing but love (and props) for having the courage to seek the help that I need. At our last session, my therapist said I was brave. At first, I dismissed his compliment. I mean, when I think of a brave person, I visualize someone running into a burning building to save others. But when I stopped to think about it, I was, in fact, brave. Having the courage to go against cultural norms and sort through the things that threaten to keep me from being great is a gutsy move. As a matter of fact, saving yourself is one of the bravest things any of us can ever do. Women have been (and probably always will be) taught to nurture others before themselves. But it is up to us, to not only disregard the myth of the Black superwoman, but to also kill it. Killing superwoman is the only way that we can become the happy and whole women we want and truly love. Britni Danielle is a Los Angeles based writer and teacher. She is the author of This Side of the Wall, a blog that chronicles her struggles and triumphs as she raises her son alone.