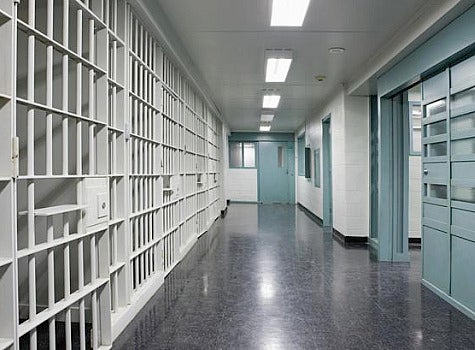 As Executive Director of the Elton John AIDS Foundation (EJAF), I was especially pleased to see the issue of the unjust segregation of HIV-infected prisoners addressed in an Erik Eckholm article in the New York Times, most particularly because the article acknowledged the excellent work of two EJAF grantees, the ACLU National Prison Project and Human Rights Watch, which have both achieved impressive results over the last two years in this field. The ongoing practice in some states of segregating and, in some instances, marking HIV-positive inmates demonstrates the distance we still have to travel as a nation towards an appropriately compassionate and sensible response to the HIV/AIDS epidemic. The United States has one of the highest incarceration rates in the world. More than two million Americans live behind bars, most for non-violent crimes. The burden of incarceration falls unevenly; Black men are imprisoned at almost six times the rate of White men and represent more than 35% of the overall prison population in the U.S. Furthermore, over 250,000 of U.S. prisoners are living with HIV, and approximately 33% of these HIV-positive inmates return to society each year.   Common sense should tell us that the medical and social rehabilitative treatment HIV-positive inmates receive while incarcerated, or the lack of it, and the assistance they receive to help them reintegrate into society upon release, or the lack of it, will strongly affect both their success in becoming productive citizens and staying out of jail, as well as their ability to maintain their health and prevent spreading their HIV infection to others. Segregating HIV-positive inmates from the general population and denying them access to rehabilitative programs such as work release is every bit as destructive to their chances of success as denying them access to proper health care and HIV prevention education is to their ability to remain healthy and prevent transmitting HIV infection once they have been released. According to Olivia Turner, executive director of the ACLU of Alabama, “One of the prisoners told us that when she recently received notice that she had been approved for work release, she wanted to weep. There is no way to overstate the humiliation these prisoners have suffered for so long.” Currently, very little nonprofit funding supports advocacy organizations to monitor prison health programs and prisoner re-entry programs in the U.S. for quality and accessibility of HIV counseling and testing, HIV and TB treatment, and related medical and rehabilitative care.  Since 2006, the Elton John AIDS Foundation has invested nearly $1.3 million to address these issues, supporting programs such as the National AIDS Fund’s Incarcerated Populations Initiative, the ACLU National Prison Project, and Human Rights Watch to monitor and combat discrimination against prisoners living with HIV and to strive for improved HIV services within prison health programs and prisoner re-entry programs. There is no question that prison health advocacy has been effective. AIDS-related death rates in jails and state prisons have significantly decreased over the last several years, due largely to improved medical treatment as a result of lawsuits filed by advocacy groups to improve conditions behind bars. Current efforts being made by organizations such as the ACLU National Prison Project and Human Rights Watch to end segregation and HIV-positive inmate marking practices in Alabama and South Carolina are to be applauded, not just as a matter of justice and human decency, but also as a common sense approach to inmate rehabilitation and HIV prevention. For more information about the Elton John AIDS Foundation, visit: www.ejaf.org For more information about HIV/AIDS, visit: www.greaterthanaids.org Related stories: