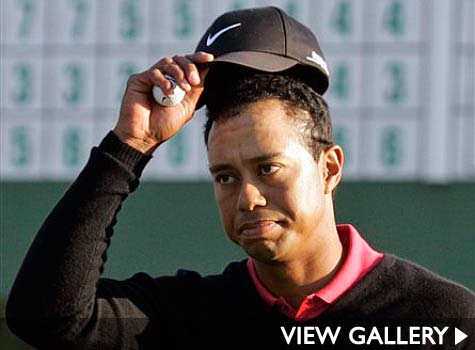 ESSENCE.com: Please explain your adrenaline theory.
DR. DOUG HIRSCHHORN: People in high profile situations like Tiger Woods are always pushing themselves to the next level to get a satisfaction pay-off. For the regular person who has a couple of good golf shots on the course, he feels pretty good. For Tiger, he expects to play great every time and so when he has that unique, remarkable, impossible shot that only he can make, he gets that adrenaline rush, that pumping awesome “I worked hard and I made it kind” of feeling.

If you think about these athletes, there are very few highlights in their careers that stand out, because they perform at such high levels on a regular basis.

The cheating almost fills a void inside of them. It provides the same kind of adrenaline excitement rush that they get when they have those incredibly awesome shots on the course.

ESSENCE.com: So, it’s not about the sex or what he’s not getting at home?
HIRSCHHORN: It really isn’t about him being unhappy at home and miserable that he’s married. It’s not about sex. It’s almost like he’s saying, “How cool would that be if I could get away with this and sleep with someone and have no one know about it and take it to the line.”

ESSENCE.com: What’s taking it to the line? Where does the rush come from?
HIRSCHHORN: The challenge is in getting away with it. The challenge is, can he get her into bed and then have it be his secret and trust the fact that she’s not going to tell anybody about it, because she could ruin him.

ESSENCE.com: Is it self-sabotage?
HIRSCHHORN: It’s not that he’s trying to destroy himself, but it’s that adrenaline rush of knowing that disaster could land on every corner. …You get that “I’m scared, I’m nervous, but I’m excited and I feel alive.”

ESSENCE.com: You say it’s not surprising that 13 women have been named. Why not?
HIRSCHHORN: It’s because you need to always up the ante. It’s like the first time you get drunk, it might just take a drink or two and then it takes three drinks, then four drinks. It’s that same kind of thing with the adrenaline rush. He probably didn’t start out with a cocktail waitress. With the first one, he was probably very careful, then he got a little sloppier and it’s almost like he was saying, “I want to see how close I can get to being caught without being caught.”

ESSENCE.com: What part does the media have to play in this scandal?
HIRSCHHORN: Advertisers like Tiger Woods because he’s a very wholesome and good-looking guy. Tiger Woods has that image and the media created that. Tiger’s marriage was kind of a “rags to riches” story: Tiger marries one of the other golfers’ nannies. She’s Cinderella. And it played into mainstream’s emotions. Tiger’s just a guy, a human being like everyone else. And the sad thing is that he’s probably trying to figure out who he is.

ESSENCE.com: What part does his upbringing have to play?
HIRSCHHORN: He’s been trained to thrive on excitement, energy and achievement since four years old. He was raised to be an elite, premier athlete. The problem that you have when you do that is, you kind of sidestep the person inside there. You exploit the physical skills and the talents, but you really sidestep the intellectual thought process.

ESSENCE.com: What would you say to Tiger Woods as a peak performance coach?
HIRSCHHORN: I wouldn’t criticize him. I would ask him, “Did you think it through carefully Tiger? Did you look at it objectively? Did you analyze the risk rewards associated with this?” On the golf course, he looks and he says, “OK, what are the odds of me making this shot successful?”  With this, he put aside all of his risk management tools and said, “Where’s the next adrenaline rush that I can get?”

ESSENCE.com: What about claims that Tiger Woods might be a sex addict?
HIRSCHHORN: I don’t buy it. Yes, he’s a human being and he’s young and he has testosterone, but I think it’s more about an emotional, psychological pay-off and not the act of sex. It’s about, “Can it push it to the limit without getting caught? Because it’s a game.” That’s why I think there are probably dozens of women that he cheated with.

Dr. Doug is a well known, New York-based peak performance coach and psychologist with a specialization in sports. He is a frequent commentator on “CNBC” and has appeared on NBC’s “Today” show and on VH1’s “The Fabulous Life.” His book, “8 Ways to Great: Peak Performance on the Job and In Your Life” goes on the market in January 2010.