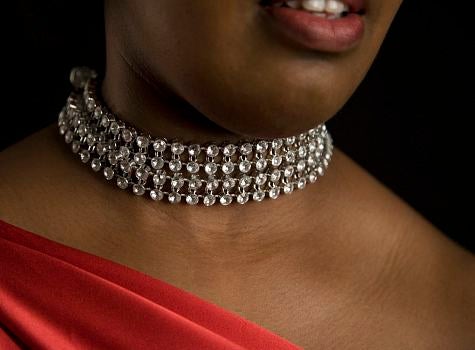 Here we go again. I guess media will not tire of the “Black women ain’t about nothing” meme, and will continue to provide a platform for the feeble-minded likes of Slim Thug. I personally wouldn’t give Slim Thug a penny for his thoughts. However, I am concerned with the golddigger phenomenon permeating through our culture where Black women are being unfairly labeled. I’m not referring to the women who demand Tiffany diamonds and Louis Vuitton bags from her pursuers. Those women may rightfully so own up to the title. Instead, there is this burgeoning mentality that any Black woman who expects a man to provide for his family is a golddigger. Unfortunately, Slim Thug is not the only one who shares this sentiment. Discussing Black women as if we’re monolithic is the quickest way to lose credibility in one’s argument. Yet, I wouldn’t expect Slim to know this when he claims:

Let me get this straight, either Black women are too independent because she focuses on her career in order to provide for herself, or she’s a golddigger trying to take a man for everything he’s worth? The number of single Black mothers and the number of Black women living in poverty are only two examples disproving the golddigger ideology. If majority of Black women only date and marry men with money, why is Black women’s median net worth $5 according to a recent study from the Insight Center for Economic Development? It doesn’t add up. Furthermore, the golddigger stigma is not used as commonly for Asian, Latino, Indian and White women. In fact, in each of these cultures most women would not consider marrying a man who could not provide for the family. In accessing the golddigger phenomenon as a cultural issue I interviewed people of Asian, Indian, white, Hispanic and European descent. Riya Anandwala from Mumbai, India said:

From the standpoint of the Indian tradition, a family, even today, would want a very well-settled man for their daughter. The definition of well settled may differ from caste to caste, but the man has to earn well enough to feed the wife. Even if the woman’s family is not that settled, they would want a guy better than what they are.

In my culture it is very necessary to provide for your family. It is the man’s sole responsibility. Ask yourself what woman does not want a man that can or has the means to take care of them.

Most Chinese women are under a lot of economic pressures and they are looking for a man who can provide them with some semblance of financial security…It is common that a Chinese man has to provide a house/condo/apartment for the marriage before the girl he wants to marry says yes.

The concept of a woman marrying for money is far more prevalent, and I don’t think it is viewed in a negative light. If someone had come up to me in the street and said “which group do you most associate with gold-digging?” I would have said White, middle class women…or Jewish women.

Are the women in these cultures-whose men understand they have a financial obligation to their girlfriend or wife-golddiggers? Or are Black women being labeled golddiggers so Black men can escape the responsibility of being the provider? Our men seem to be the only ones who buy into the idea that if a man pays for a $30 spa treatment he is “tricking” and she is a golddigger for even asking for such pleasantries. Of course a spa is not a necessity, but outside of providing the basic necessities for a woman, what is the harm in a man paying for something that will make his woman smile? Both Black men and women have to deprogram our mentalities from all of the bull we’ve been fed that promotes the White hierarchy. The golddigger phenomenon may seem harmless, but it has tremendous affects on the way we view one another. Women have to learn their worth and realize it is okay for a man to provide. And men have to challenge this misconstrued ideal of Black manhood. I don’t know the answers. But I damn sure know Black women at large aren’t living off some man’s wealth. So I think it’s fair to say we don’t usually deserve the horrid golddigger title. Bene Viera writes about relationships and culture on her blog, Writing While Black.