When we are little girls, we are in love with ourselves because it doesn’t occur to us not to be. The mirror is our playmate and together, we experiment with makeup and hair accessories and gaudy little girl get-ups. Sometimes we watch ourselves dance in our dolled-up glory. Sometimes we make goofy faces and giggle back at them. But there is always joy in the presence of our own reflections.

That lasts five, maybe six years. Then we start to become more aware of the renegade thoughts that belong to other people and, comment by comment, we’re weighted by unsolicited feedback about the way that we look. Too dark. Too light. Too tall. Too big. Too bony. Too many teeth. Too little chest. So by the time we’re adolescents tip-toeing into young womanhood, looking in the mirror becomes a scavenger hunt of fault-finding. We spend many more years devising strategies to cover this and disguise that because other folks’ insight told us that would probably the best thing for us to do.

If you’ve never, ever known what it’s like to step up to a mirror and be confronted by discouragement, God bless you. I am not one of those girls. And neither, apparently, is Dawn Richard.

Social media and the blog corral has had her name top of mind since someone took notice that Dawn don’t look much like Dawn anymore. The representative Black girl in Danity Kane, the of the “Making the Band” quintet-turned-trio, has been at the center of plastic surgery rumors before. But this round of gossip appears to have some funk on it. Late last month, she posted a meme on her Instagram page that simply read, “self-invented.” She ain’t never lie about that one. The lady looks completely different, nose to toes. 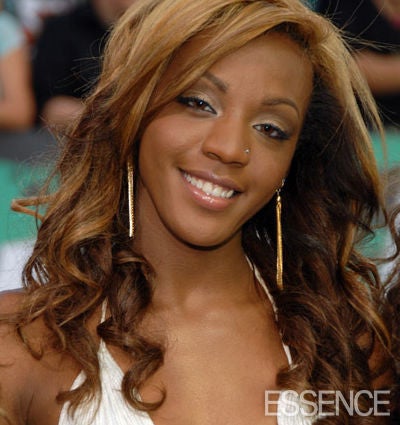 Dawn has yet to confirm any surgery at all, much less the $100,000 she reportedly spent on her extreme makeover. This ain’t the magic of makeup contouring and having your waist snatched by the world’s fiercest personal trainer. She has a whole different nose. She may have lightened her skin. She bought herself some booty or, perhaps more fairly, a bigger, rounder one. Her weave is now waist-length and, along with other imperceptible nips and tweaks, she has followed the formula for every model in every eye candy spread in every hip-hop magazine and reality show ever.

Somebody told Dawn she wasn’t good enough as is and she listened. Deeply. A volatile cocktail of compromised self-esteem and money in the bank enabled her to go out and completely remix herself. She may dress it up in empowered personal decision, but I doubt it really is. No one who loves who they are physically alters their appearance so dramatically. My heart goes out to her because I wholly understand that even if you have people trying their best to fuel your self-perception with positivity, it’s hard to hear their cheers over the boos. Dawn is just another Black girl who couldn’t protect her value against the parade of negativity many of us have to walk.

Through my open bedroom windows, I overheard some little boys talking some time ago about a little girl one of them was crushing on.

“She cute,” one said, “but she don’t have no booty.”  “I can’t mess with no girl with no booty,” the other shook his head, pitying rump-less girls who would never know the wonder that is apparently him.

They couldn’t have been more than fourth or fifth grade. I crumbled inside, knowing that these boys are going to pass off some impossible standard onto some unsuspecting little girls and rock their self-confidence for however long it takes them to regroup. They will be villains in those girls’ life stories and they don’t even mean any real harm. They’re just repeating what they’ve overheard from their fathers and uncles and older brothers and barbers and coaches and favorite rappers and maybe even influential womenfolk in their lives too about how the opposite sex should look and what qualifies as attractive.

Most of us would do better to take the money we squirrel away to have our bodies and faces surgically altered and put that on a good therapist instead. Plastic surgery isn’t necessarily a bad thing. Please believe I’ve gone through my fair share of Googling and researching and daydreaming. The work for us, though, begins internally where our insecurities seethe and rejections fester.

I interviewed Dawn a few years ago and she was a perfectly adorable everygirl. This new version has perhaps elevated her confidence but it’s upped attention on her physical, even as she and her bandmates push for the relevancy of their music. One Instagram follower, enamored with a picture of Dawn looking spectacular in a very tiny bikini, oohed and ahhed, “Can I have your body please? You’re perf!” On the same thread, just paces below it, an individual clearly brimming with class wrote, “Now go get a boob job.” See? The work is never done if you let somebody else draw the blueprint.

Janelle Harris is a writer, blogger and entrepreneuress living in Washington, DC. She is fluent in sarcasm but keeps her best comebacks to herself since she can’t fight. Chat her up on Facebook or Twitter.