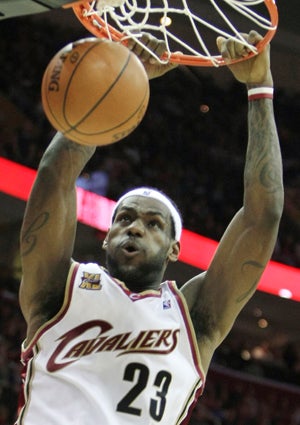 We are traveling to New Orleans so we are taking an afternoon coffee break. Here’s what’s simmering around the table today in NOLA: LeBron James, Katherine Jackson, and Fonzworth Bentely. And, the list goes on. The wait is over. LeBron James is now a free agent. The cool gent Fonzworth Bentely finally put a ring on it. MJ fans can relive his heydays, courtesy of mother, Katherine. Plus, your little ones can now look fierce in the sandbox. For all things Coffee Talk, click here.
Loading the player...