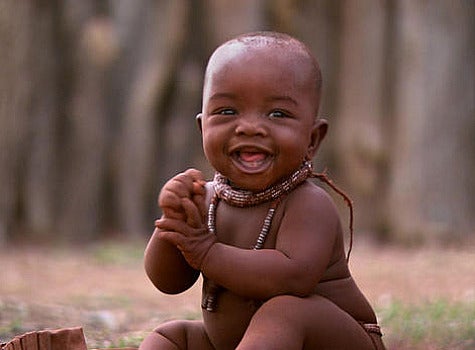 The “Babies” movie from “Focus Features” is out in theaters for Mother’s Day Weekend only. The film follows a few cuddly infants around the world, including Ponijao from Namibia (pictured). [Focus] Gabrielle Union made a statement to radio personality Egypt about the recent law suit filed against her by Dwayne Wade’s estranged wife Siohvaughn Wade, which claims Union had sexual contact with her NBA All-Star boyfriend in front of his two sons. “My concern is about the effect of false allegations on the real victims of child abuse, domestic violence and sexual assault… false allegations make it difficult for the courts to determine what’s real and what’s not and it ties up valuable time, resources and energy that should be used toward protecting the real victims,” she said. [Egypt Said So] Beyonce’s latest music video for “Why Don’t You Love Me” is a hit. Since its release last week, the clip has been watched over one million times. Do you like Bey as B.B. Homemaker? Former NY Giant Lawrence Taylor was arrested and charged with third degree rape for allegedly paying a 16-year-old for sex. The NFL Hall of famer pleaded not guilty and was released on $75,000 bail yesterday. [TMZ] In an effort to keep some Asian and African families from sending their girls home for full female circumcisions, the American Academy of Pediatrics is suggesting that American doctors should be able to give the young girls a ceremonial “nick” here in the states. Thoughts? [NYT] Mother’s Day is creeping up on us. Still don’t have a gift for mom? Check out our “Last Minute Mother’s Day Gift Guide.” Or, if your mom just wants to feel pretty, we’ve got the “Best Beauty Mother’s Day Gifts” for her. What are you doing to celebrate your mothers and grandmothers this weekend?