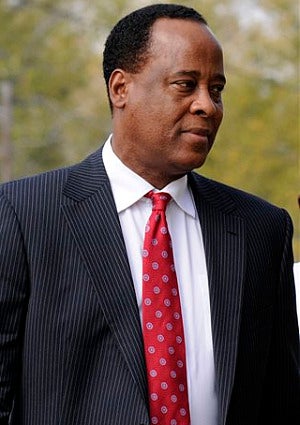 Sonny Hostin, legal analyst for CNN and contributor for “In Session” (formerly “Court TV”), breaks down what will happen to Michael Jackson’s doctor when he surrenders. Find out what he will be charged with, what will happen next, and why she predicts this may be the trial of the decade. ESSENCE.com: What will Dr. Conrad Murray be charged with? SUNNY HOSTIN: Most sources have indicated that he will be charged with involuntary manslaughter, punishable by 2-4 years in prison, instead of second degree murder, punishable by 15 years to life in prison. In order to prove second degree murder, the government would have to prove that Dr. Murray killed Michael Jackson, with malice, without premeditation or deliberation, and had a conscious disregard for his life. But most agree that may not make sense to a jury. Why would Dr. Murray kill the man who was paying him a reportedly $150,000 a month to be his personal physician? In order to prove involuntary manslaughter, the government must prove that Dr. Murray was criminally negligent. The prosecution would need to show that Dr. Murray’s administering of Propofol to Jackson outside of a hospital setting–and leaving Jackson unattended after administering the drug–constitutes criminal negligence (a far departure from what a reasonable doctor in that position would have done). Most doctors have agreed that it is medically inappropriate, and grossly outside of the standard of care, for a cardiologist (and not an anesthesiologist) to administer Propofol intravenously in someone’s bedroom. Propofol is generally administered by an anesthesiologist in a hospital or surgical center. Doctors have indicated that after the drug is administered, the patient requires constant monitoring because of the drug’s effects on breathing, blood pressure and heart rate. ESSENCE.com: Who will be the players that are brought out for both sides in this trial? HOSTIN: For the prosecution, the government is likely to assemble the A-team for such a high profile case. It is being reported that David Walgren will be handling the case. David Walgren is a Deputy District Attorney in the L.A. County’s D.A.’s office and has been recently in the news for prosecuting Roman Polanski. For the defense, thus far, all the facts point to the conclusion that Dr. Murray will vigorously defend himself. In his videotaped statement, the only public comments he has made thus far, Dr. Murray said “Don’t worry, as long as I keep God in my heart, and you in my life, I will be fine. I have done all I could do. I told the truth, and I have faith, the truth will prevail.”  While many who saw the video believed it was odd, and didn’t show remorse, most agree that it showed a man who believes that he has done nothing wrong. Also, and maybe most importantly, Dr. Murray has hired defense attorneys J. Michael Flanagan and Ed Chernoff. In 2004, Flanagan defended a nurse charged with involuntary manslaughter for wrongly administering Propofol to a patient who later died. She was acquitted. ESSENCE.com: When and how will he surrender? Will there be a perp walk? HOSTIN: Most sources are indicating that he will surrender today, Thursday or tomorrow, Friday, in Los Angeles. His attorneys are reportedly working very hard to spare him the shame and embarrassment of a public arrest in handcuffs. ESSENCE.com: What happens next? HOSTIN: Dr. Murray will be fingerprinted, charged by criminal complaint, plead not guilty and bail will be decided. It is unlikely that he will be jailed pending trial, but he will be released on a bond of at least $25,000. The government may also ask that Dr. Murray, who has resumed practicing medicine in Houston, relinquish his medical license. A preliminary hearing will be scheduled. At that public hearing, which is like a mini-trial and a test run for the prosecution and defense, the prosecution will present evidence so that a judge can determine if a crime has been committed and if there is probable cause to believe that Dr. Murray committed the crime. ESSENCE.com: Will this case go to trial? HOSTIN: If probable cause is found to believe that Dr. Murray committed a crime, a trial date will be set. A plea deal is never off the table, but given the stakes here–Dr. Murray’s livelihood and liberty and the death of the King of Pop–I predict we may be witness to one of the most watched trials of the decade. Read more:

Asuncin “Sunny” Hostin is a legal contributor for In Session (formerly Court TV) and legal analyst for CNN.  Based in New York, Sunny joined CNN in September 2007 as a legal analyst for American Morning, the network’s flagship morning show.  She then joined In Session in 2009 where she is a member of the best trial team on television, providing daily legal analysis on high profile legal cases.