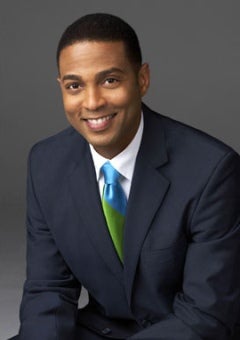 CNN weekend anchor Don Lemon says he is gay, and all the details will be available in his upcoming memoir, “Transparent.” In a recent New York Times interview, Lemon says he abhors hypocrisy and couldn’t “be in the business of news” and not tell people the truth.

In “Transparent,” Lemon opens up about his sexuality, being sexually abused, and his estranged relationship with his father.

Lemon says that writing his book encouraged him to publicly acknowledge his sexuality, despite his initial fears. “I’m talking about something that people might shun me for, ostracize me for,” he told the Times. “I think it would be great if everybody could be out, but it’s such a personal choice.”

Lemon also updated his Twitter page yesterday with a link to the interview, saying, “I’m overwhelmed by all your tweets and support! Hoping this prevents more tragedies like Tyler Clementi’s suicide.” Clementi was a Rutgers student who committed suicide after a video of him being intimate with another man leaked onto the internet.