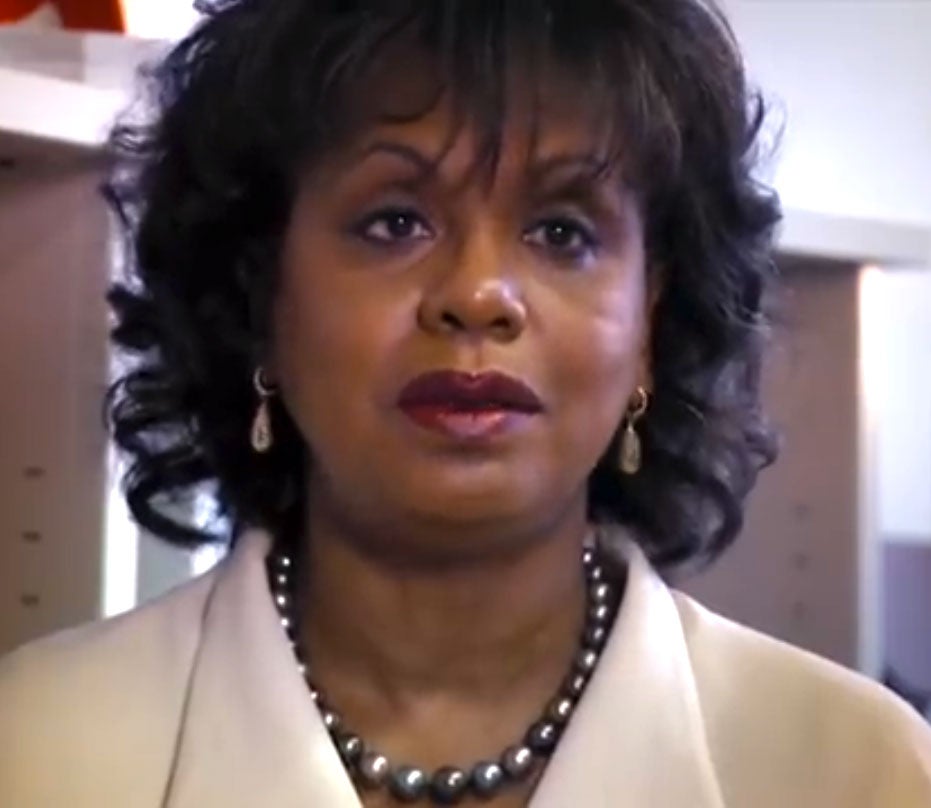 Just when we thought we had moved on, Supreme Court Justice Clarence Thomas’ wife, Virginia Thomas, has gone and revived the controversy of the sexual harassment case filed by Professor Anita Hill (pictured) against Thomas in 1992. In a voicemail Thomas left for Hill, she asks the professor to apologize for “what you did with my husband.” “I would love you to consider an apology sometime,” said Thomas. “Give it some thought and certainly pray about this and come to understand why you did what you did…”   Thinking it was a prank, Hill says she immediately called security at Brandeis University, where she is currently teaching. “I certainly thought the call was inappropriate,” Hill told the Associated Press. “I have no intention of apologizing because I testified truthfully about my experience and I stand by that testimony.” Mrs. Thomas said she was only trying to extend an olive branch to HIll. An olive branch? Let’s call it what it really is: harassment, again. While Hill seems to have moved on with her life, its obvious Thomas is still holding on to a grudge and doesn’t believe Hill was telling the truth at those 1992 hearings. What do you think? Did Virginia Thomas have any right to call Anita Hill? Should Hill apologize?