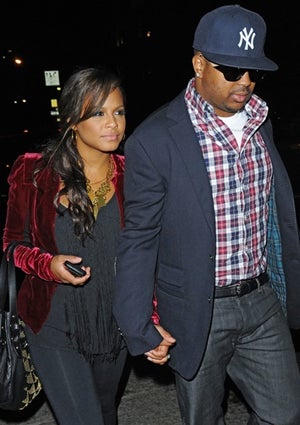 After weeks of silence, Christina Milian opens up about the divorce between her and songwriter/producer The-Dream. It appears that everything the The-Dream said about their marriage may not be completely true, reports TMZ. The “Dip it Low” singer wants a judge to throw out the divorce papers filed by her husband, claiming that he lied about the status of their relationship and that he cheated on her, reports TMZ. This comes after steamy photos of The-Dream and his assistant leaked a few weeks ago and reports that he filed for divorce nine days before Milan was due to have the couple’s first baby. Milian says the marriage wasn’t over when the “Single Ladies” hitmaker filed the divorce documents in Georgia. She added the couple had “marital relations on numerous occasions,” after the documents were filed.