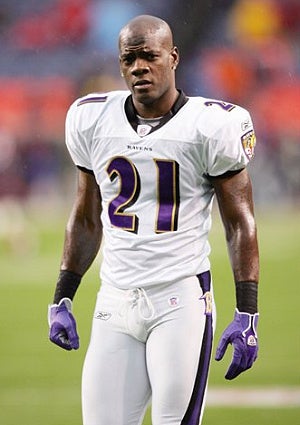 NFL star Chris McAlister is in the midst of a heated divorce from his wife Marlene, who claims her soon-to-be ex-husband “kicked her out of their home when she refused to get an abortion,” TMZ reported. According to court documents that Marlene McAlister filed, Chris has not contacted her since September 2009 when she was about four months pregnant with their daughter. She claims the former Baltimore Ravens cornerback also stopped paying his spousal support and medical expenses. She’s filing for sole custody of their 2-month-old daughter. What a mess! I am always amazed by how logically men approach pregnancy and abortion because women just do not think like that. A lot of times, the emotional unrest that ensues after a woman has an abortion is just too much for her to bear.  So she opts to keep her child. If my husband put me out because I didn’t want to abort our child that we created during our marriage, I’m not sure I’d be able to resist the urge to take him to the cleaners. I’m not denying that men get a tough break because once a woman is carrying their child she gets to decide whether or not to bring that baby into the world. It’s called foresight. You got her pregnant. She didn’t do it on her own. Read more: