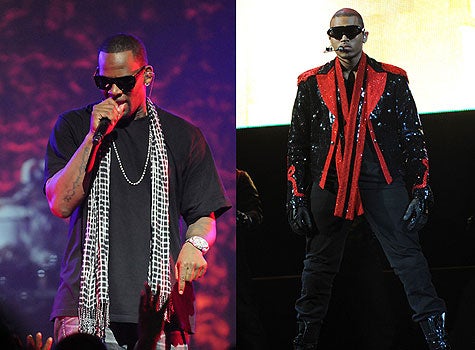 I remember being mad about “Mad At Miles,” Pearl Cleage’s brave and brilliant account of Miles Davis’s brutalities towards women. I wish it was simple, that I was simply mad at Miles for whooping Cicely Tyson’s behind, our Cicely our queen, no, I was mad at the conflict and the confusion it caused me. You see, I had to contend with “Kind of Blue” and “Sketches of Spain.” Miles made music of the Gods, not to mention he was the hippest, sharpest-dressed, defiant, hypnotically striking, dangerously sexy man to ever put his mouth to metal.  Miles was a giant, a Black man’s hero, a genius and a monster.

Now, I am mad again. Mad at Chris Brown. Chris Brown, the bright smiling young Black boy who, when he danced, you dare not turn away. Happy Chris, who shined through all the sludge of thug glamour. Chris has that star thing and a sick work ethic. Chris Brown, heir apparent to Michael Jackson, who couldn’t perform at his memorial because the swollen, black and blue face of Rihanna was still too bloody fresh in our minds. Our new pop prince beat down the princess and all the king’s horses and all the king’s men didn’t come to put anything back together again.

Again, there is the conflict, no easy condemnation. Chris Brown is a broken Black boy. A boy who watched his mama get beat, a brilliant boy catapulted on stage. A boy whose got numerous adults on his payroll, who could decide to spend 5K a day on a stylist but not $250 per hour for therapist? So many people are satisfied with his public apologies, especially young girls (many thought Rihanna must have done something to deserve it–sigh). Chris says he’s taking anger management courses. Does Chris need to manage his anger or does he need to heal from it? Chris needs intense professional help, he needs healthy accountable adults that are committed to his well-being and not his balance sheet. Rihanna deserves so much healing too and our young girls deserve a prince to sing to. So, I guess that’s why Chris is charting and garnering magazine covers so swiftly after his fall (and would his rise be so swift if Rihanna was say, Taylor Swift?). Truth be told the “I Can Transform Ya” video is fire and his latest single “Crawl” is pretty much pop-perfection. Chris Brown is this generation’s great entertainer and he beats up women.

And then there is R. Kelly. He also makes me mad. I remember when the brilliance of R.Kelly hit me, cause I didn’t get it at first (too distracted by the visuals I guess). But I started listening to his music, his hooks, R.Kelly can sure write some songs. He spans all genres and generations, “Step in the Name of Love” gets even your cranky old auntie sliding at the family cookout and “I Believe I Can Fly” is a pre-schooler’s anthem, not to mention the countless hits he gave to the hip-hop generation. His repertoire is ridiculous and his crimes towards women, reprehensible. R.Kelly’s transgressions suggest that not only does he prey on young girls, but he enjoys humiliating them. Seems like all those folks buying tickets to his concerts are satisfied with the acquittal and have long forgotten the disgusting and degrading images of that girl being urinated on, or maybe it’s just not that cut and dry. R. Kelly is truly gifted and he is a pedophile.

All of this is maddening because it brings up more questions and paradoxes than resolutions and concrete positions. I turned to Facebook to get a quick consensus and while some very clear opinions where expressed, many questions were posed. Do celebrities live in an alternate universe that makes them immune to justice? Does creative genius forgive all sins? Should someone’s art be judged separately from their character? Is society too tolerant of abuse against women and children? What about a second chance? Should celebrities that abuse women be financially rewarded? Is it only conscious over 25 years old who are outraged? Does our tolerance reflect our values? Have we been historically, thoroughly taught that the lives of Black girls and women are not worthy of protection, that sexual abuse and violence should be expected and absorbed into our collective DNA, that we are built to take it?

So what’s a couple punches between a dope beat?

“If we rejected art based on the artists’ imperfections, transgressions and sins there would be a great many artists whose work we would not enjoy” was the comment of one of my wiser friends Florence Tate. “James Brown was a woman beater, we’re still enjoying his music right?” another commented. True that. But isn’t also true that we have to evolve?  Isn’t it true we have to challenge and dismantle, not just forgive, our sins?  Isn’t it true we must have the community self-esteem to ask the hard questions? Like asides from Kevin Powell and Byron Hurt, where are the healthy Black men, especially the celebrities, who are outraged at these abuses? Why don’t they encourage their brothers to get some real help, step of the stage for a time to heal and reflect? Who is publicly consistently wrapping their arms around our women and girls proving they are beautiful and worthy of protection? When do we stop being either compliant or silent?  Can we love the music of Chris Brown, R. Kelly and others while simultaneously loathe their abuses?

What is your answer?  What do you question?