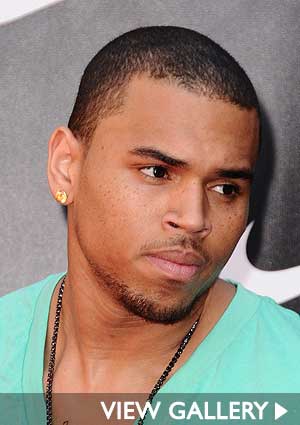 UPDATE 11/5/09: Chris Brown reacted to Rihanna’s interview with Diana Sawyer, which played in its entirety on last night’s 20/20, by releasing a statement to MTV.

“‘While I respect Rihanna’s right to discuss the specific events of February 8th, I maintain my position that all of the details should remain a private matter between us. I do appreciate her support and wish her the best.”

“I am extremely sorry for what I did, and I accept accountability for my actions. At this point, I am taking the proper steps to learn about me and grow from my mistakes. I only hope that others in similar situations can learn from our experience as well.”

“Abuse of any kind is always wrong. The rest I leave it to God.”

UPDATE 11/5/09: With Rihanna finally opening up to Diane Sawyer, Chris Brown uses the opportunity to tell his side of the gruesome tale. The 20-year-old singer recounts what happened on that dark February night on a MTV News special “Chris Brown: The Interview,” which airs Friday, November 6. The one-hour interview is held with MTV correspondent Sway Calloway.

“My thoughts [when I look back on it now] is like, ‘Why did it happen?’ Like, ‘What was I thinking? What is wrong with you?,'” says Brown in excerpts released on MTV.com.

Admitting that he is now in group therapy, Brown says he is trying to move past this.

“It’s like, ‘How do we get past it? How do you … go from point A to point B? How do you learn from your mistakes, turn it into a positive and help other people with the situation, and at the end of the day become the person that you want to be?’ “

He also speaks on the reason for his fury.

“Just anger … Yeah, anger … Young people, we do before we think.”

It is reported by New York’s Daily News that his ‘Fan Appreciation’ tour is not yet sold out and ticket sales are not very impressive.

“I think with my fans, they still love me, they support me, definitely. You have those people who will support you. So it’s kinda like 50/50 for me. I got the people that will come out and support and then the people that don’t wanna see me do anything. They basically want me in jail.”

Brown struck a plea deal to avoid any jail time this summer that had him perform community service and attend weekly therapy sessions for one year. His album, Graffitti is scheduled to drop on December 8th.

*TAKE OUR POLL. Chris Brown: Love Him or Hate Him?