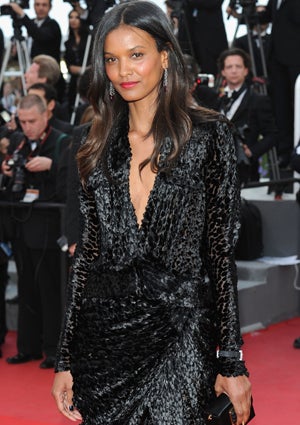 As the Cannes film festival gets underway, esteemed jewelry company Chopard held its first event and honored Liya Kebede, who plays model and U.N. spokeswoman Waris Dirie in “Desert Flower.” [WWD] There is no link to brain tumors and cell phone useage, a recent study published in the Journal of Epidemiology revealed. Keep using those unlimited nights and weekends. [CNN] Halle Berry is set to play a stripper with multiple personalities in the upcoming, dark ’70s era film “Frankie and Alice,” in which Phylicia Rashad plays her mother. [Yahoo] Michelle Obama spoke at George Washington University’s commencement yesterday and urged graduates to “Keep going. Keep giving. Keep engaging.” [AP] Dr. Conrad Murray, the man accused of administering a fatal dose of Propofol to Michael Jackson, saved a young mother’s life when she fell unconscious while on his flight. The doctor helped revive the woman with supplies from the airplane’s medical kit. [DM] It looks like Nelly and Kelly Rowland will reunite on the rapper’s upcoming album, “5.0.” Nelly’s called on a few other pop and R&B heavyweights, including Usher and Jamie Foxx. There are rumors that Janet Jackson is also on the bill. [AOL] Now that Jennifer Hudson and David Otunga’s baby boy is here, everyone’s wondering when the wedding bells are going to ring. Hudson recently revealed that it could be quite soon. “It’s coming up. Everything’s all ready to go,” she told E!. [E!] “There might be another ‘Nutty Professor,'” Eddie Murphy told Access Hollywood at the Los Angeles premiere of “Shrek Forever After.” Who did you like Professor Klump with more: Carla Purty (played by Jada Pinkett-Smith in “The Nutty Professor”) or Denise Gaines (played by Janet Jackson in “Nutty Professor II”)? [AH] What’s up with famous White people using the n-word? Irish actor Jonathan Rhys Meyers is the latest one to offend. Apparently, the “Tudors” actor spit out the n-word when he was banned from a United Airlines flight for being drunk. SMH! [R] Cory Booker was reelected Mayor of Newark New Jersey last week. The 41-year-old politician has worked hard to reduce crime in the city. After his reelection, he said, “We’ve made progress, but this is not success.” [NYT] Common has mentioned that he’d love to play Motown legend Marvin Gaye, but it seems Terrence Howard might have a leg up on the role. The “Hustle & Flow” actor is in talks with director Cameron Crowe to play Gaye in an upcoming biopic. [AH]