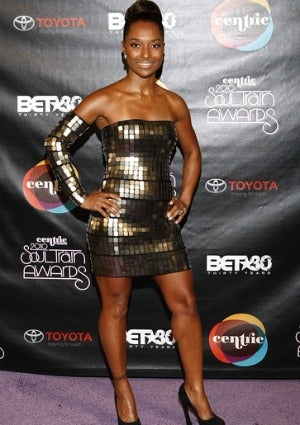 Sunday marked the season two premiere of “What Chilli Wants.” It comes as no surprise that Chilli still hasn’t found Mr. Right, given that her checklist had dozens and dozens of qualities she desired in a man — but you can’t knock a sister for knowing exactly what she wants. One can only hope that she will find her Prince Charming this time around.

Chilli chatted with ESSENCE.com on what we can expect in the second season, the infamous checklist, her relationship with Floyd Mayweather and what she’s actually looking for in a man…

ESSENCE.com: What’s the main difference between this season and the last?
CHILLI: There are a lot of differences. One, I’m not going on any blind dates. I don’t recommend blind dates for anybody — just because people know what they like. In my case it didn’t work. For the most part when you’re dealing with someone who has their own idea of what they think you should have or be with when they don’t know you at all — you don’t get great results that way. So, that’s huge difference. I open myself up a lot more to different things that women experience — just life period. I think it’s going to a lot of relatable stuff for people.

ESSENCE.com: Last season you had a checklist, where is that checklist now?
CHILLI: That really confuses me and concerns me that everyone asks about that! The checklist never goes away, it is what it is. I didn’t just make that up. That has developed over the years — that’s what I call when you know you’re self worth and you understand what you like ad don’t like and things you’re able to bring in a relationship and the things hat you want back. We all get to a point where we have a list.

ESSENCE.com: What’s the nature of your relationship with Floyd Mayweather? Is he still in the picture?
CHILLI: Floyd and I have always been great friends. We’ll always be friends, we’ve never crossed the line as far as sleeping together. I think that’s where a lot of friends make mistakes. Floyd has a lot of great qualities that over the years I’ve gotten to see, unlike most people, because he has a certain image that I think he’s okay with having. But that’s not all of who he is, if that was the case we would have never been friends. It’s not a judgmental thing on my part, I think we’re friends with people we’re like-minded with. We’ve always had that weird kind of thing, like ‘You like me, I like you — should we, should we not? I don’t know.’ It was that kind of thing for a while. I never crossed that line with him because I couldn’t just tell people we’re just friends.

ESSENCE.com: We see in the super trailer that you want that you want a baby. How is the quest to get pregnant going?
CHILLI: I’ve always wanted another baby, but these are things people are just finding out because I’m airing my laundry on TV. I always saw myself with kids, I love being a mother and it’s definitely something I’m born to do besides being Chilli in TLC. I’m very nurturing. I’m kind of like a mommy figure to a lot people — I’m just a big momma!

ESSENCE.com: In this season’s premiere you visited your OB-GYN. How did you feel when the doctor told you that your biological clock is ticking?
CHILLI: I’ve always known the biological clock is ticking. I kind of looked at when I was 30, but he reiterated that. But it didn’t make me feel like I need to rush out the next day to find a husband and get pregnant the next day. That’s something that I want but I’m going to rush it because that can be a mistake.

ESSENCE.com: So tell us, what qualities do you look for in a man?
CHILLI: I am very particular. Very Particular! Whew! Everybody should be that way because if you are, I promise you it will cut down on so many heartaches and so many small disappointments or waist of your time on building something that not going to develop. I’m definitely looking for a man who has real relationship with God, we all can believe in God and we all can put on the suit and dress and go to church and say ‘Amen, Hallelujah’ but how are we really living our lives? Is it the way that God wants us to which is in love. That’s an extraordinary man. I just don’t want a good guy, I want extraordinary because I know how God built me and I know what I’m bringing to the table and I don’t just mean finances, I mean as a spirit. I want those same things back, you should want the same thing for yourself.