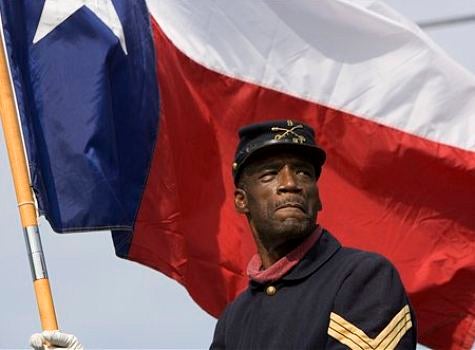 One hundred and forty five years ago today, hundreds of slaves in Texas found out that they had been freed by Emancipation Proclamation signed by Abraham Lincoln two years earlier. Two thousand union troops arrived in Galveston, Texas on June 19, 1865 to read General Order No. 3 to slaves. It read: “The people of Texas are informed that, in accordance with a proclamation from the Executive of the United States, all slaves are free…” The subsequent celebrations became known as Juneteenth, which is still commemorated today around the nation. Several leaders have campaigned to make Juneteenth a national holiday. Thirty seven states, including Texas, have an official holiday observance of the day while Congress is pushing it to make it a National Day of Observance and Illinois Congressman Danny Davis has called for it to be taught in history lessons by schools. For more details on Juneteenth celebrations in your city, click here..