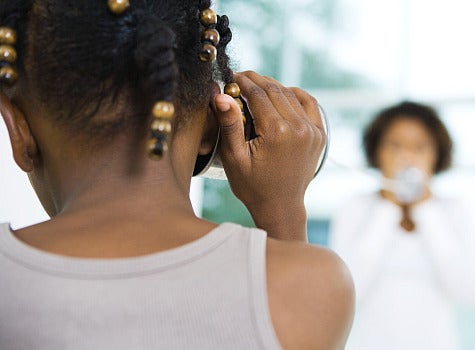 We don’t send our kids to school to be tormented. So when five-year-old Jazmin Lovings came home and told her mother that another student in her kindergarten class had cut off her braids, mom was obviously upset. This was not the first time that little Jazmin had complained about being bullied. Since joining her kindergarten class at Public School 161 in Crown Heights, Brooklyn, in October 2009, her mother and grandmother say she has been continually harassed, according to NY Daily News. In October her earrings were stolen. A month later, Jazmin, who has diabetes, was hit in the face and her lunch was thrown on the floor. She came home with low blood sugar that day, as she was unable to eat all of her food. Jazmin, who has a speech delay, also suffered a beating in the bathroom. The child’s mother Yvonne Lovings has called the city’s help line and 911 and met with the school’s principal, who said Jazmin was not being bullied in the classroom. The final straw came when Jazmin came home with a bald spot in the back of her head. “I was about to cry,” her mother told NY Daily News. This reminds us of something. Remember when Milwaukee student Lamaya Cammon’s teacher cut her braid off? Many ESSENCE.com readers said the teacher deserved a beat-down. She was suspended from the classroom without pay. But will anything happen to Jazmin’s bullies–especially since the principal is not convinced that she is being tormented in class? They’re young, but shouldn’t they know better? If not addressed, the psychological effects of long-term bullying are bad enough without tacking on that now this five-year-old girl has to walk around with a patch of hair missing from the back of her head. For now, while the city’s Education Department investigates the case, her mother and grandmother are at a loss. They don’t want to move her to a new school because PS 161 is the best in their neighborhood, but the harassment has to stop. It seems like bullying has evolved from taunts and teasing to more violent behavior such as chopping off little girls’ hair. How do we curb this behavior?  Read More: