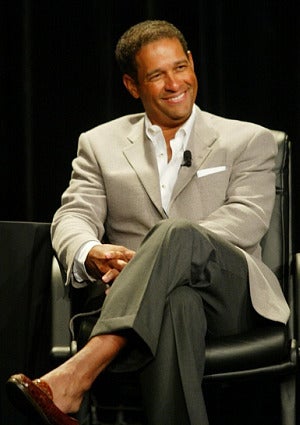 TV sports anchor Bryant Gumbel revealed that he has lung cancer on “Live! With Regis and Kelly” this morning.

Gumbel, who hosts HBO’s “Real Sports” said he had surgery to remove a malignant tumor in his chest last month and part of his lung has been removed. The 61-year-old former “Today” show anchor has chosen to keep the matter private, not even telling his staff on “Real Sports.”

“I’m okay for the time being,” he joked, adding he’d like to play golf again soon.