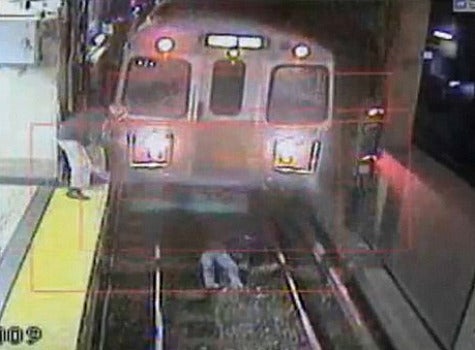 On Friday night, Boston train conductor Charice Lewis saved a woman’s life when the woman–who was under the influence of alcohol–fell off of the station’s platform and on to the train tracks.

As frantic commuters waved at 27-year-old Lewis–who could not see the woman on the tracks–to stop the train, she quickly staged an emergency stop and “prayed for the best.”