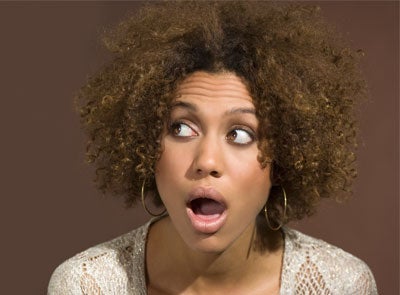 News publications won’t even run the name, much less the picture of a rape accuser, but head to your favorite gossip blog and you can find unreleased photos of Rihanna’s battered face two years after she was beaten by Chris Brown (and the day after his subsequent restraining order was eased). You can also see the vaginal canal (literally) of a VH1 basketball wife, and most recently (last week), the bloody aftermath of a video model’s miscarriage, a result of a vicious beating by her then-boyfriend.

As I found myself staring, mouth agape, at each set of pictures, I knew finally, inevitably, definitively, a line had been crossed…

In the blogosphere, success (i.e., ad dollars) is determined by the number of visitors and/or clicks to the site, and gossip blogs (clearly) have taken a “by any means necessary” approach to getting their numbers up, celeb privacy, or any sense of common decency, be damned.

Bossip Chief Executive Marve Frazier confirmed as much when she responded to the backlash about her site’s decision to run the fetus photos. “We weren’t thinking editorially or had any intention behind it,” Frazier told The Daily Beast. “We were told [not by the woman who miscarried] that it was important that those pictures be put out. We weren’t doing it out of malicious intent at all.” Translation: we knew we’d get the hits to the site, so we didn’t care who was affected or how as long as we made money off of it.

I’m the first to acknowledge that bloggers aren’t journalists, and gossip blogs aren’t news organizations. In most cases, there’s no fact-checking, original reporting, or ethics of the sort that keeps journalists (in most cases) from publishing the names of minors accused of crimes. But even in the fast and loose world of celebrity gossip, we need a demarcation of some sort that keeps literally anything from going public. There’s no need-to-know redeeming value in seeing the private nudie pics of reality TV stars (and male athletes) or the brutal aftermath of an assault and battery.

As high as we build the pedestals for our (pseudo-) celebrities (all the better to knock them off of and see them flail as they fall?), it seems we’ve forgotten that, they too, are actually human. So many of us flip when a friend posts and tags an unflattering picture on Facebook. Can you imagine your lowest moment or most intimate pictures being published to the world? Clearly, celebrity has a price, but it doesn’t negate a desire for privacy (for those who don’t leak their own photos) or numb the second wave of pain of having their darkest hour broadcast on websites for millions of readers to critique and clown.

I get why we all click and scroll. Celebrity lives with all their glitz and glamour and extravagance are interesting, and peeking behind the façade is fascinating (“Look they’re just like us… but worse!”).  In our curiosity to know and see everything, we’re debasing the people we care about, otherwise we wouldn’t watch. Maybe that’s the point. But what does that say about us?

Demetria L. Lucas is the Relationships Editor at Essence Magazine and the author of A Belle in Brooklyn: Your Go-to Girl for Advice on Living Your Best Single Life (Atria). Pre-order her book now on Amazon.com

Alicia Keys Partners With Athleta For A Must-Have Collection...