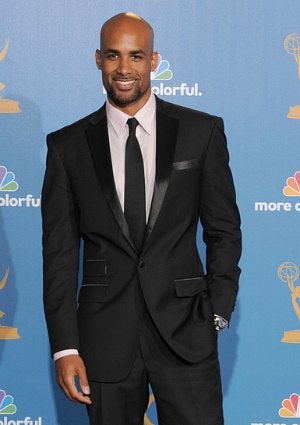 Spying has never looked so sexy. Tonight, Boris Kodjoe stars in one of this season’s most anticipated TV shows, the fun and flirty “Undercovers,” about a married couple drawn back into the life of intelligence and sexpionage. Kodjoe spoke with ESSENCE.com about being one-half of the first Black prime-time leads on NBC since “The Cosby Show,” and on working alongside beautiful women on the small screen (co-star Gugu Mbatha-Raw) and in real life (his wife, actress Nicole Ari Parker). ESSENCE.com: ‘Undercovers’ is one of the most buzzed-about shows of the new season. What have you been up to in terms of the show? BORIS KODJOE: We’ve been shooting for almost three months now and we have to go till the end of the year, so it’s exciting because today the show is gonna air and people are gonna get a glimpse of it. That’s really exciting because we’ve been working 18-hour days and people haven’t known what we’ve been up to, so it’s fun to get it out there and get the show going. ESSENCE.com: You and co-star Gugu Mbatha-Raw are the first Black leads on an NBC primetime show since “The Cosby Show.” What does this mean for you as a Black actor? KODJOE: It’s great. It means a lot especially looking at the past and how resistant the industry has been to embrace what the world really looks like. Hopefully we can inspire some folks, open minds and let people know that it’s time to step it up and be real and just realize what the world looks like and that we in TV and movies have to be true to that. ESSENCE.com: How did you get into your character, Steven Bloom? KODJOE: It’s funny because it’s probably one of the roles that’s closest to who I am. Growing up in Europe I’ve been exposed to different cultures and mentalities and languages and I’ve traveled the world. I’m also married to a beautiful wife [Nicole Ari Parker] in real life so there’s a lot of aspects to this guy that I’m very familiar with and it’s been quite easy to put on his shoes and live his life, so to speak. ESSENCE.com: Did you get to speak your native language, German? KODJOE: Absolutely. There’s an episode where I speak Spanish, English and German all in one scene. We speak a different language on every episode. ESSENCE.com: So you have a beautiful wife in real life, a beautiful wife on the show. You’re always with these beautiful women. What’s up with that? KODJOE: [laughs] What’s up with that? I’m a lucky guy to be married to Nicole. Very lucky to have my beautiful children and I also lucked out with my co-star Gugu. She’s absolutely amazing and very talented. For an exciting peek inside “Undercovers” click here.