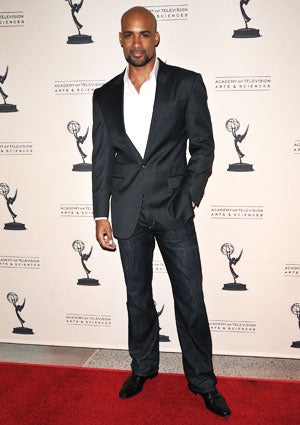 Less than a year after his NBC spy drama ‘Undercovers’ was cancelled, Boris Kodjoe is heading back to TV to star in ABC’s pilot ‘Georgetown,’ a new ensemble drama about the young staffers behind Washington D.C.’s heavy hitters.

We imagine the show is the political version of “Grey’s Anatomy.” Replace the hospital with Capitol Hill. Swap out the scrubs for power suits and the long medical terms for even longer lawmaking jargon. Keep the stressful atmosphere, beautiful cast and sexual tension.