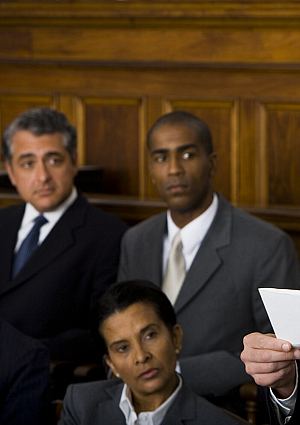 African-Americans are being disproportionately excluded from juries in Southern states, particularly in cases where the end result is the death penalty, says a new report from the Equal Justice Initiative. The study found ample evidence of racial discrimination when it came to jury selection in Arkansas, South Carolina, Mississippi, Louisiana, Tennessee, Florida and Georgia. Prosecutors excluded one potential juror because he “looked like a drug dealer.” Another was thought to have “low intelligence” while another “shucked and jived” when he walked. The New York Times reports that this past April an Alabama prosecutor named Robert Broussard eliminated 11 of 14 Black jurors. Among his reasons were because one juror who seemed “arrogant” and “pretty vocal.” A former Department of Defense program analyst “did not appear to be sophisticated to us in her questionnaire, in that she spelled Wal-Mart, as one of her previous employers, as Wal-marts,” according to Broussard. Even after all these years, Black defendants are overwhelmingly convicted by all-White juries, reports the Times:

In Alabama, courts have found racially discriminatory jury selection in 25 death penalty cases since 1987, and there are counties where more than 75 percent of black jury pool members have been struck in death penalty cases. An analysis of Jefferson Parish, La., by the Louisiana Capital Assistance Center found that from 1999 to 2007, blacks were struck from juries at more than three times the rate of whites. In North Carolina, at least 26 current death row defendants were sentenced by all-White juries.

The practice of selecting juries based on race goes against a 1986 Supreme Court ruling that says prosecutors cannot strike a juror out for racial reasons. The study found that prosecutors are rarely disciplined for this practice. Let’s hope this is not the last we’ll hear of this study.