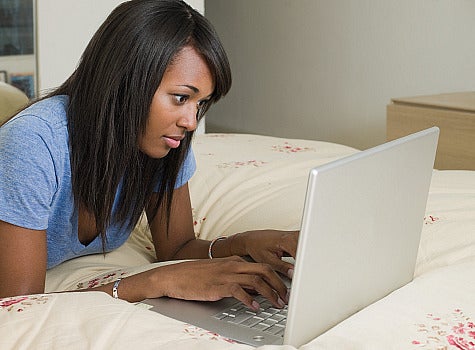 As the talk about how difficult it is for Black women to date continues, NYTimes.com blog “Freakonomics” is chiming in on the conversation, examining our chances of finding a match on the Web. The post explores the response-rate, from men of all races, to messages sent by Black women on the popular online dating site OKCupid.com. Apparently, men replied to e-mails sent by Black women less often than they did to notes sent by women of other races–even when they appeared to be a good match, based on the dating site’s calculations. “Men (including African-American men) write back to African-American women at about a 20 percent lower rate,” the post reads. It’s disappointing that men who would be open-minded enough to look online for love would not be open enough to communicate with women of all races. However, it would be even more upsetting if this information discouraged Black women who are new to online dating from sending e-mails to people for fear of a non-reply. Let’s not jump to the conclusion that just because men on this one dating site respond less to Black women that men on all dating sites are similarly inclined. There are other online dating sites where we might be in higher demand–like BlackPeopleMeet.com and InterracialSingles.net. Oftentimes men from all races join Black dating sites to meet single Black women. In contrast, some Black women have said they receive more messages from Black men on interracial dating sites than they do from men of other races. We wouldn’t go to the same bar every week to meet the same old guys. Therefore, we shouldn’t limit ourselves to one Web site when we’re looking for love. It’s important to not let the negative information about our chances at finding love give us a chip on our shoulder. We’re smart, beautiful, fun-loving, resourceful women. We’ll work it out. Read More: