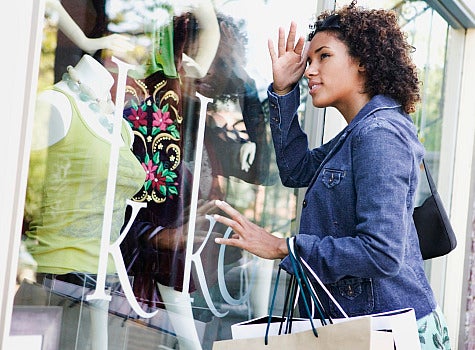 When rapper Maino recently took issue with Dominican model Rosa Acosta for wearing “cheap shoes” to a video shoot little did he know he was touching on a nerve for many women of color. “Look at your shoes. Look at your bag,” he said on a radio show. “I don’t even f**k with women like you. Imagine I pull up in a Bentley and jump out, and this b**ch got on her cheap ass shoes. I don’t want you if I can’t sport you.” Acosta responded by saying she would wear what she could afford. “Why would I go and buy a $2000 pair of shoes that I can’t afford when I can actually help my family or I could spend money on my education.” Blogger Necole Bitchie also took exception with the rapper’s characterization of a suitable woman, saying “Maino’s comment and mentality is the reason why [women] are skipping out on rent…just to floss. If you have a closet full of expensive shoes and handbags but still have trouble keeping your lights on or you are hiding your car from the repo man every other month. That’s a problem.” The paradox of keeping up appearances by accumulating debt is one that might be familiar to many and is directly linked to how our spending habits can negatively affect our ability to save and increase our wealth. In 2008 ESSENCE Magazine partnered with the ING Community Foundation to conduct a survey on the spending habits of Black women. Of the 1000 surveyed, 68% said they buy whatever they want whether it’s a good or bad economy and 40% said they shopped to cheer themselves up. The issue of Black women and wealth has also recently been addressed in a report by the Insight Center for Community and Economic Development, which said that Black and Hispanic women were least likely to accumulate wealth. Besides spending more money on “children’s footwear, children’s apparel, and footwear” (says a Consumer Expenditure Report) than any other group, another reason for the wealth disparity lies in the fact that Black women tend to feel more of an obligation to friends and family. More than half of those surveyed by ING said they had loaned a family member $500 or more in the last year, and one-third said it was $1000 or more. “Black women’s sense of obligation to community and family is both extraordinary and commendable,” said ING president Rhonda Mims at the time. “But when you are pulled in so many directions financially, something or someone has to pay the price. For Black women, it appears their financial well-being suffers.” Racialicious editor Latoya Peterson links the issue of overspending in order to look good to peer pressure, as evidenced by Maino’s requirements. “Considering so many women are willing to “invest” in fashion over financial products, she writes. “How does perceived social capital in the dating market (i.e. men like Maino and their preferences) influence what women choose to invest in?” What do you think? Read More: