Last week, as troves of women came forward to reveal that they were victim’s of Harvey Weinstein’s unwarranted sexual advances, actress Alyssa Milano placed a call-out on Twitter encouraging her followers to share their stories of sexual assault using the hashtag #MeToo.

While many media outlets credited Milano with the trending topic, it was actually Tarana Burke, a Black woman, who originated the “Me Too” catchphrase back in 2007.

“It wasn’t built to be a viral campaign or a hashtag that is here today and forgotten tomorrow,” Burke, the founder of youth organization Just Be Inc., told Ebony on Monday. “It was a catchphrase to be used from survivor to survivor to let folks know that they were not alone and that a movement for radical healing was happening and possible.” 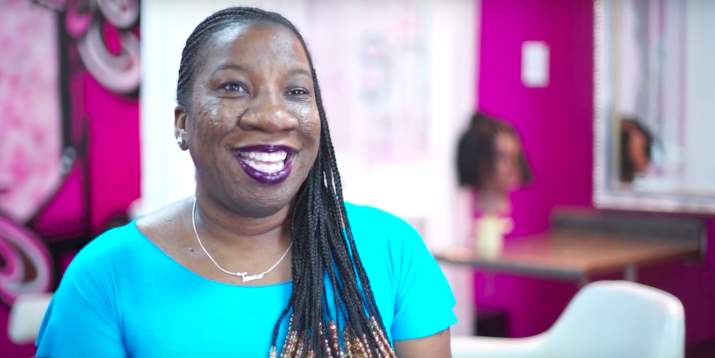 Although Burke did not readily get credit for the “Me Too” origins, she’s happy that the campaign recently turned into a hashtag. She started it a decade ago to bring awareness to sexual assault victims in underprivileged communities. Now that the hashtag has gone viral, she hopes that the movement continues to grow and reach a larger audience.

In a thread posted to Twitter, Burke said, “The point of the work we’ve done over the last decade with the ‘me too movement’ is to let women, particularly young women of color know that they are not alone – it’s a movement. It’s beyond a hashtag. It’s the start of a larger conversation and a movement for radical community healing. Join us.”

Burke is currently in the middle of working on a documentary, called “Me Too,” that is slated to come out next year.