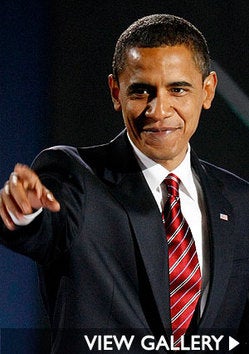 It’s hard to believe that it’s been a full year since that historic night when Barack Obama won the election for the presidency of the United States. In commemoration of that event, we examine how the state of the Black male has changed since Obama became the first African-American president.

In conjunction with our “We Dream a World” story in the November 2009 issue of ESSENCE magazine, ESSENCE.com will feature several commentaries from prominent Black men discussing changes in race, culture and identity. Check out our poll results to find out whether readers believe things have gotten better for Black men in the last year. Then, tune in to “Black Men in the Age of President Obama” on CNN Newsroom on October 31 and November 1 and on Headline News, November 2-8. ESSENCE.com will be live blogging the Sunday, November ,1 airing at 7:00 P.M. ET. Be a part of the dialogue.

Check out the results of our exclusive poll here >>

Click here for more on the CNN and ESSENCE special >>