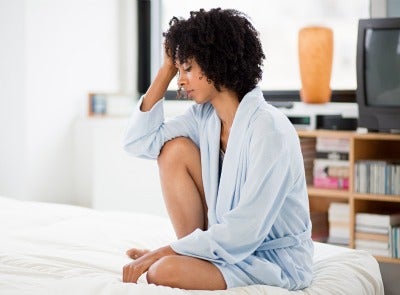 We’re sure you’ve heard this one before: one day you’re dating, all is well, and then the next minute your significant other stops calling. No texts. No visits, hellos, or goodbyes.  Weeks turn into months, the relationship quietly crumbles, and your still wondering why. If you’ve been here before, don’t panic – you’re not alone. Here’s a quick guide to help you beat “the fadeaway breakup,”aka when your partner pulls a disappearing act…

Here are 3 reasons for the “fadeaway breakup” as reported by Yahoo.com:

1. “I Didn’t Want to Hurt Your Feelings.”
Remember grandma’s old “if you have nothing good to say, don’t say anything at all” mantra? Well, believe it or not, some people apply this logic to relationships. Many partners believe saying nothing is better than starting a hurtful uproar so they disappear, without a word or trace.

2. “I’m Scared, I’m Freaked Out.”
Although unlikely, another possible reason a person can pull a “fadeaway” is because they were startled by something that happened between the two of you. For example, dropping the four-lettered L-bomb too early in the relationship or even a more embarrassing problem in bed could cause a person to distance themselves. This often happens in newer, casual relationships.

3. “I don’t know what else to say: I’m just a coward.”
While we love to give people the benefit of the doubt, if you’ve been a victim of fadeaway, your partner was probably a coward. More often than not,  incommunicado endings are normally ways to avoid saying what you feel. Some people circumvent awkward conversations by taking the back-door approach: I won’t speak my mind, I’ll just simply stop responding. This is not only hurtful but a sign of weakness and you’re probably better off without them!

So what to do now? If you think you’ve suffered from a ‘fadeaway,’ spend some time really appreciating you (relaxing, going to the gym, a night out with your girls, etc.). Give yourself time to let go of your previous partner and eventually “move on to someone who has more courtesy and respect for your feelings” — and remember, recognizing the problem is half the battle so you’re already on your way.