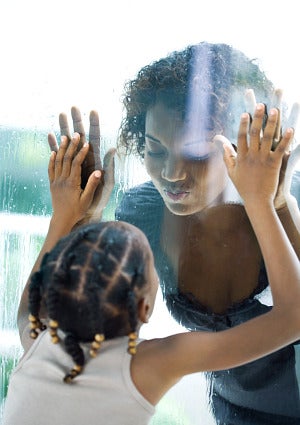 Anti-abortion billboards around Atlanta are causing a stir for their claim that African American women get a disproportionate amount of abortions compared to other women, reports the Atlanta Journal Constitutional. The billboards–35 of which have been placed around metro Atlanta–feature a sad African American boy with the headline: “Black children are an endangered species.” Anti-abortion groups Georgia Right to Life and the Radiance Foundation–who erected the billboards–say about 56% of abortions in Georgia are by Black women, though Blacks make up 30% of the population. According to the two groups’ website abortion clinics are often placed in “urban areas where Blacks reside.” The groups also compare the rate of abortions to segregation, saying, “Abortion is the tool [segregationists] use to stealthily target blacks for extermination.” The New York Times reports that according to the Center for Disease Control, there is little evidence to suggest that Black children are in danger because of abortion rates. If anything the fertility rates of Black women continues to be higher than the national average. “This is not a campaign that targets black women,” Ryan Bomberger of the Radiance Foundation told the paper of the billboards. “It’s a campaign that exposes an industry that we believe targets African-Americans.” Loretta Ross of the Sister Song Women of Color Reproductive Health Collective disputes the claim, telling the paper that these kinds of billboards do nothing more than paint Black women as “monsters intent on destroying their own race or victims of whites who control abortion clinics.”