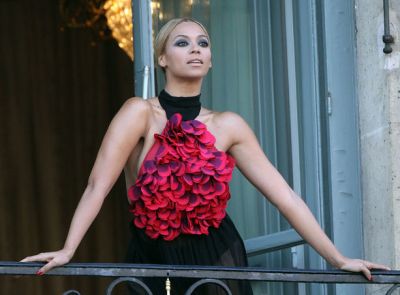 Beyonce’s upcoming new album “4” will be one of the summer’s most anticipated releases. The star recently revealed what inspired her music this time around and how taking a year off helped her to thrive and be more creative with her recordings.

Beyonce said that she worked with the band from “Fela!” the broadway play that was produced by her husband Jay-Z. “I started off being inspired by Fela Kuti. I actually worked with the band from “Fela!” for a couple of days, just to get the feel for the soul and heart of his music; it’s so sexy, and has a great groove you get lost in…What I learned most from Fela was artistic freedom: he just felt the spirit,” Beyonce told “Billboard.”

She also revealed that taking some time off this year contributed to her vision for “4.” “I traveled around, spent time with my husband, went to museums and Broadway plays, watched documentaries, and just had life experiences…I’m like a sponge and soak everything up…Having time to grow as a human being was really inspiring, and gave me a lot to pull from,” said Beyonce.

Beyonce’s new album is set to drop in June. Looks like we will be in for a treat!