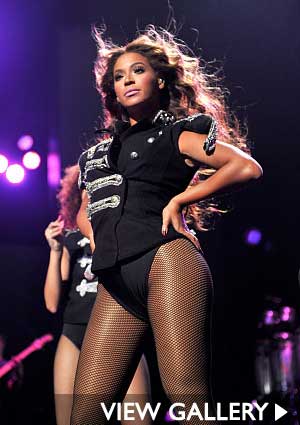 Is Beyonce looking for a Vegas residency ala Celine Dion and Toni Braxton? Word is she’s in “preliminary talks” with Wynn Las Vegas resort about a rumored “lucrative, long-term contract.” A spokeperson for the resort has confirmed that they’re talking, but no deal has been finalized yet. Bey’s last stint in Vegas, while filming her “I am Yours…” DVD last summer, boosted visitation to the resort.

Bey already has her showgirl swagger down so we’re not worried about that part. It’s just that when we think Vegas show, we think Barry Manilow, Siefgfried and Roy and retirees. But we stand to be corrected. She may be about to change the game as we know it.