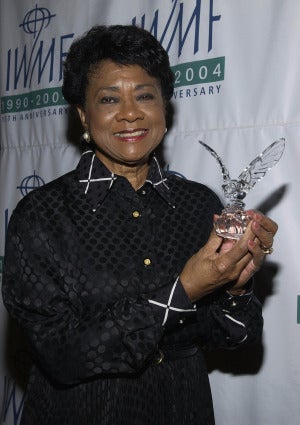 Belva was recently asked to stay on as anchor of the networks revamped weekly news wrap-up, “This Week in Northern California.” She was surprised, but the KQED heads say they woudn’t dream of letting the legend go.

“Belva Davis is the Bay Area’s Walter Cronkite,” said Paul Rogers, a KQED editor and Bay Area News Group environment writer. “In a world when so much of TV news these days is dominated by people shouting at each other, she’s spent decades helping the public understand, in a thoughtful and trusted way, the world around us,” the CCT reported.

Click here to read about this phenomenal woman’s career trail from working at a Naval Supply Center in the 1950s through breaking into journalism as an African-American woman, interviewing Martin Luther Kings Jr., Malcolm X and Michael Jackson to spending time with her 3-year-old granddaughter.