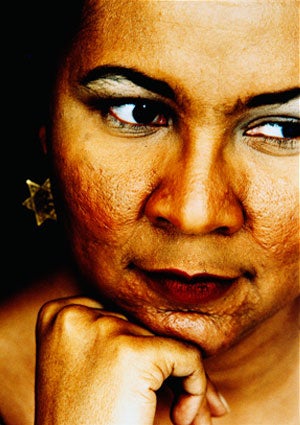 In honor of Women’s History Month, ESSENCE.com spoke to feminist, activist, author, and professor bell hooks about the Women’s Movement now, why she praises President Obama, and why Black women should pay particular attention to their self-esteem. On the Women’s Movement “I think the Women’s movement has had a major impact on everybody’s lives in our nation and in the world as a whole. When people ask where is the movement today, it is in everybody’s life, happening in ways that people may not see as the movement. Whenever women struggle with breast cancer and face better care than ever, that’s feminism. I see the movement every day in all of our lives and in so many things that people take for granted.” On singer Rihanna now being the poster child for domestic violence “Well, what is really sad is whenever we pinpoint one individual man or one individual woman while overlooking the systemic problems in our culture of patriarchal domination, which you know exists on a platform of violence. I always say that if you go door-to-door and ask people if they think men should beat women, they would say no. But if you tell them in order to make that not happen we have to dismantle male violence and male domination, they say, “Oh, no, the Bible tells me that men have the right to rule over women.” And so you see that distance in what people say and believe and what they are willing to do as a practice.” On President Obama signing the Lilly Ledbetter Fair Pay Act, approving equal-pay for women “I think that is really great, it’s about time. It’s more than overdue. What’s really sad is that so many young women between the ages of 16 and 25 are ignorant and they already believe that women get the same pay as men. They don’t even really understand that equality hasn’t happened with the pay force. Because they think the presence of women in jobs means that women are getting their fair pay and anybody that is getting the real story knows that is not true. I praise Obama.” On what Black women should be paying attention to the most “I think the number one thing Black women and all Black people should be paying attention to is our health. By that, I mean our physical and mental health because I don’t think we can be self determining without those two strengths. I think the revolution needs to be one of self-esteem because I feel we are all assaulted on all sides. It used to be we were assaulted by really horrendous representations and notions of Blackness coming from White people, but now a lot of those notions come to us from Black people. I mean the latest example of that would be “Precious,” because if you look at the book “Precious” all those fantasies she has about White people are not in the book. Why are they there in the movie? Does this movie really liberate young Black women who are abused or does it simply further exacerbates their self-hate. I think Black people need to take self-esteem seriously.” Dr. hooks is Distinguished Professor in Residence, Appalachian Studies, Berea College in Kentucky, the alma mater of Dr. Carter G. Woodson, the ‘Father of Black History (1903).