As a community mediator trained to promote peace, Erricka Bridgeford had grown weary of the gun violence and death that has plagued her hometown.

This East Coast city of some 614,000 residents has already logged more than 200 homicides in 2017; last year, 318 people were killed. The latest victims, most of whom are African American, include a 97-year-old man found slain in his home, and the brother of the city’s police spokesman.

“Over the years, I’ve lost a brother, a stepson and had cousins who were killed,” said Bridgeford, a 44-year-old wife, mother and grandmother. “I was in the car with my son talking about the murder rate being higher than ever and saying `Why won’t somebody do something?!’ But my parents didn’t raise me to be a complainer. I reached out to people with street credibility and we started working.”

The result was the Baltimore Ceasefire, a 72-hour call that “Nobody kill anybody,” this past weekend. Residents and organizations were encouraged to host cook-outs, block parties, clean-ups and community-friendly activities.

Bridgeford and five fellow visionaries spent several months planning and holding open meetings. Along with volunteers they canvassed local neighborhoods, engaging everyone from gang members and drug dealers to ministers and students. Flyers and posters were distributed, and the social media hashtags #BaltimoreCeasefire and #BaltimorePeaceChallenge helped generate buzz. 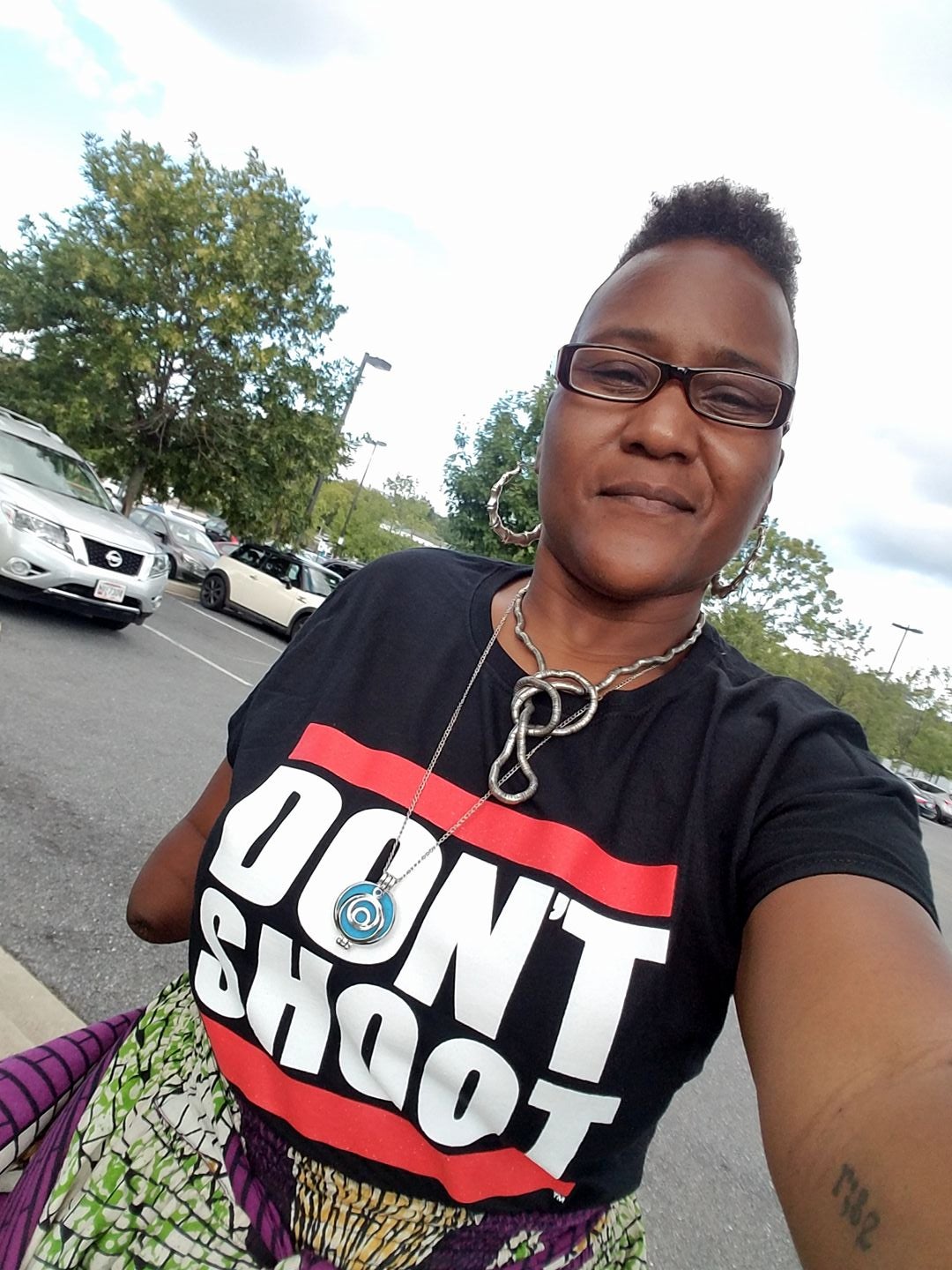 The organizers were intentional in not attaching big names or any one group to the effort, she explained, and they didn’t ask the city to officially sanction the weekend, although top leaders were supportive. “This was a grass roots effort,” she said.

Countless local organizations, among them Mothers on the Move, Leaders of a Beautiful Struggle, and Marylanders to Prevent Gun Violence—participated. Events ran the gamut from rallies, marches and peace walks, to church services and legal sessions to help folks get criminal records expunged.

Sandtown-Winchester, a historic Black neighborhood in West Baltimore, was among the communities where folks gathered for events.

The community, which is grappling with high rates of crime, addiction and unemployment, is where Freddie Gray was arrested in 2015 outside a public housing project, then transported in a police van where he suffered a fatal spinal cord injury. His death sparked mass protests and unrest, generating national and international headlines.

More than two years later, the Baltimore Ceasefire drew widespread attention, too. Media coverage came from domestic outlets, and as far away as Europe and Asia.

“Our residents stepped up and stood up in a show of solidarity against the violence that is destroying our communities, and slowly replacing our culture,” said Ray C. Kelly, an organizer with No Boundaries Coalition, Inc., a nonprofit advocacy organization whose initiatives run the gamut from public safety to food access.

The group sponsored a clean-up during the ceasefire. Adults and children assembled on a sunny afternoon to cut grass, rake leaves and transform an overgrown vacant lot, situated not far from an open-air drug market.

Kelly described the ceasefire as “a gallant and awakening effort [that] continues to inspire the citizens of Baltimore to get involved, and remind them that we are all assets needed in the fight to reclaim our neighborhoods and save our children.”

Despite the positive energy that swept the city, two people lost their lives in separate shootings during the ceasefire weekend.  Police identified the victims as 37-year-old Donte Johnson and 24-year-old Lamontrey Tynes.

Bridgeford, who said hearing the news “knocked the wind out of me,” joined others at the site of Tyne’s murder where they held a prayer vigil. “They’d just washed the blood away. We deemed it a sacred space.”

While there was violence during the ceasefire period, many deemed the campaign a success. Baltimore officials—from the city’s mayor to top police brass—commended the residents of varying races, socio-economic groups and different walks of life who were involved.

“This has been a great conversation starter and momentum builder,” said Kevin Davis, Commissioner of the Baltimore Police Department, in a statement. “Public safety is the responsibility of all of us and it’s been a beautiful sight to see so many people engaged for a better and safer Baltimore.”

Davis predicted Baltimore’s “resilience” will be a model for cities across the country.

“It takes all of us to affect change. We look forward to additional events in the future. Success is measured on sustainability, not instantaneous results.”

Baltimore’s Mayor Catherine E. Pugh linked arms with Bridgeford and fellow residents during a march that wrapped up the ceasefire weekend. The names of murder victims were read, and many attendees hugged and cried.

The mayor, along with organizers, termed the ceasefire “a movement that must continue.”

“The power to change our city rests in our hands. We have all heard the painful cries of the mothers, fathers, husbands and wives as they have mourned loved ones to violence,” Pugh said in a statement. “It will take each one of us doing our part to reaffirm the value of human life. We can do this together.”

Bridgeford and organizers have already held a post event meeting to discuss next steps.

“I think we can be a different city if we remember all the people — past and present — who’ve lost their lives,” she said, noting that other American cities such as Chicago and Philadelphia are struggling with gun violence.

“We can no longer be numb. It’s time to work for peace in our streets.”