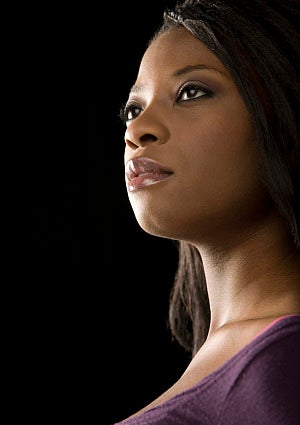 (*Name has been changed)

This holiday season has me questioning my devotion to my man, my morals and most importantly, myself.

I’ve done everything right all my life. I was a great student. I joined a phenomenal sorority. I went to grad school. And to top it all off I got my BMW: Black Man Working. When it was time to settle down I decided I wanted a Black man who had a suburban state of mind and wasn’t jaded by the fact that he’d have to work harder to get ahead. Mostly importantly, I desired someone who would make me feel safe, not physically, but emotionally. I needed to know I could say with ease, “you handle that”, and not have to worry.

I found that all in *Gary; at least I thought I did. I met Gary while working on my graduate degree at a prominent university in the Midwest. When he and I first started hanging out, no mountains shifted, no angels sang and the only movement in my stomach were hunger pangs while we waited to be seated for dinner. Over time I grew to love and appreciate Gary’s ambition, mild-mannered nature and undying support for all things me. Some might say he wore me down, but I believe I made the choice to love a man who embodied many things I wanted in spouse–even if it didn’t come in my ideal package.

Sadly, recent vetting has led me to believe my BMW has a Neon’s engine. Gary and I are both unemployed, but since he was forced to leave a hostile work environment, he isn’t receiving unemployment benefits. That said, he isn’t struggling financially. About a month after he left his job, I noticed interesting packages coming to the house. He told me they were for his friend, who needed someone to sign during the day while he was at work. Since I’m home all day looking for jobs, Gary volunteered our place. While I was slightly peeved that he didn’t consult with me, it was no biggie–until the packages started coming six to eight times per week.

Now I’m a big city girl, so I asked my man–we reside together in his home–what was up. He made up a lame story and since my Spidey senses told me, “hell to the no,” I informed him that I was opening the next package I signed for. What he told me next made Usher’s “Confessions” seem about as heavy as Nicole Richie. Apparently, this fool, who holds a BA in Finance, decided to help his pals scheme on growing marijuana and as the brains of the operation he was getting the technical equipment needed to grow the plants mailed to his house–and guess who was signing for all the packages? My BMW set up his “True Life: I’m a Hustler”-esque moment with me by asking whether I supported his dreams of financial independence and believed in him. He also told me if he got caught, I didn’t have to worry about it. Oh, really?

The night I found out I stormed out of the house–mind you, it was after midnight and we live in the Midwest so it was like -15 degrees outside–and drove around until I found a 24-hour Barnes and Noble. Over hot chocolate and tears, I planned my exit strategy. That was the week after Thanksgiving and I still haven’t left. Despite a few blow-ups around the issue, I’m not ready to leave. I know remaining in the house implicates me if something goes down, but honestly, I just can’t process this all right now. I don’t have a job and truthfully, I don’t want to be alone. Gary and I have been together for two years; starting over seems so hard, especially when I’m already revamping so many other things.

Lately, I’ve been pretending everything is fine–I even stayed on course and brought my wannabe Nino Brown to my family gathering for the holidays–but I know it’s not. While many of the people who I’ve confided in don’t think participating in the manufacturing of marijuana is egregious, I do. In fact, I always thought it would be a deal breaker. I’ve given him every opportunity to stop but he wants to make a certain amount of money to invest in real estate before he leaves–and he can’t guarantee it would be for good. Gary told me he may resort to this again or other illegal dealings if the price is right. I want to stand by my man, but he’s not putting us first. Deep in my heart I know I have to make a choice before my ability to choose is taken away. I hope I make the right one before it’s too late.