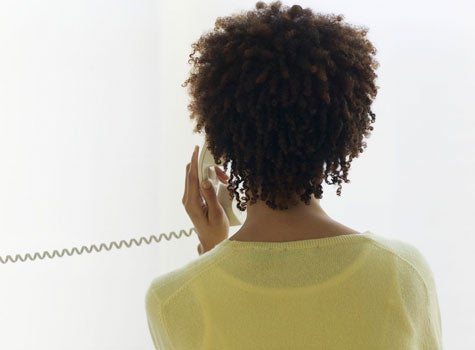 (*Name has been changed)

I don’t want to share my name, but I definitely need to tell my story.

My husband, *Tim, and I had been friends for years before we started dating. We attended the same east coast Ivy League university, and though he was two years ahead of me academically we had a lot of friends in common. We reconnected when we ran into each other in New York City and despite a five-year lag in communication our transition from classmates to life mates was seamless. Most importantly, we could be our truest selves around each other, something I craved as a single and eclectic woman.

That’s why when Tim told me he used to have a drug problem, I brushed it off. I naively assumed he was referring to marijuana and was happy he felt the need to confide in me while we were dating. In my mind, we were young and most people I knew smoked marijuana in college–I didn’t think it was a biggie. I never asked him any questions. I never brought the topic up again. That was a huge mistake.

Things went smoothly between Tim and I for a while. We got married. We moved in together. We got pregnant. That’s when our lives began to unravel. During my maternity leave Tim was the sole breadwinner and for the first time I realized there were huge inconsistencies between his earnings and what he brought home. Bills were not getting paid. Plus, he hung out a lot. I chalked it up to him selfishly managing his salary, but I also understood that supporting three people was a heavy responsibility and wanted to give him time to adjust. Unfortunately, my patience was my downfall.

When it was time to renew our lease I got hit with a huge reality check, our landlord wanted us out. By this time I was working and Tim was responsible for paying the rent and I handled the other bills, but we never co-mingled funds. He’d paid the rent 30 days late on multiple occasions, so we weren’t eligible for renewal. We had to scramble to find new accommodations in one month. I was livid. He claimed he was struggling to make ends meet with a paltry salary as a social services worker, but I knew it was more than that.

Tim would go out and party–and disappear for a day. We’d have a small argument and he’d blow it up into something huge. He’d make excuses for not doing basic things. He was verbally aggressive. All the signs pointed to one thing: substance abuse. When I confronted him about using cocaine he admitted he had a problem and went to rehab–but he didn’t complete the program. This happened several times. There was always a reason he’d have to leave, and since he was a functioning addict it was hard for me to discern when he began dabbling back in drugs. He’d go to work and play with our kids; I couldn’t tell whether he was using… until a blow up.

It seems like leaving him would be the simple solution–but it wasn’t. He’s my heart and when things are going well he’s a gem. He can tolerate me being a free spirit; with him, I don’t have to fit into a prototype. And when it comes to our daughters he really knows how to step it up: He cooks, dresses them and even does their hair. Luckily, sometimes when you can’t–or won’t–see things clearly God moves blockages obstructing your view. One day I got a call from our youngest daughter’s Montessori school saying the bill was four months late and they needed $16,000 or she was out. Tim lied every month and told me her account was up to date. I paid the tuition owed and decided I could no longer walk with blinders on. Tim wasn’t just compromising his life and security; he was threatening our daughters’ and mine.

I filed for legal separation and we decided to give ourselves one-year to work things out. During that time we went to couples counseling and had individual sessions. It was hard. *Tim had a lot of issues to resolve; so did I. I realized that it wasn’t just love binding me to our marriage, it was also anger and guilt. My father was a heroin addict and I’d always wished that my mother had forced him to go rehab and get better or thought if he loved his family enough and we stuck by him, he’d change. My dad never got clean. And deep down inside I resented my mother’s decision not to push him. With that on my heart, I’d decided to change my husband no matter what. But just like my mom, I was unable to love a man through his pain and struggles. He had to fix himself–all I could do was support him in a healthy way.

By the end of counseling Tim decided he wanted to make a commitment to his sobriety and our marriage. My husband has been clean for three years with no major slips, but there’s always that fear. We’ve learned to make time to go to be together–we enjoy watching movies and going dancing–and check in. Things are not perfect but they’re better than the hell we once endured. I look forward to better tomorrows and living my life to the fullest as a professor, a mother and the wife of a functioning addict in recovery.