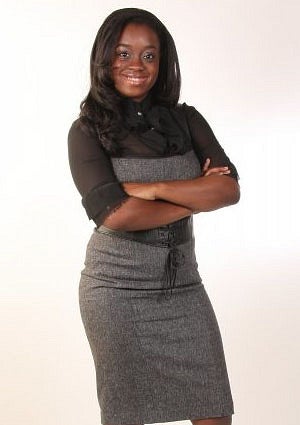 Black stallion. Ghost. Panther. Those are just a few of the names kids used to taunt me with when I was growing up. To make matters worse, I was the only dark-skinned female in my family, a tightly-knit trio of three Haitian women (my mom, grandmother and I). Everywhere I looked, I was reminded that my complexion was browner than most people’s — and it made me feel less than. I knew intellectually that I couldn’t change my color, so for many years my goal was to deal with my “burden” by making sure I didn’t get any darker. Was I obsessed with my hue? No. But my insecurity stalked me like an unrequited, superbly loyal love. It followed me daily, planting seeds of doubt. Worst of all, it knew just when to pop up and ruin everything. For example, I avoided the beach at all costs. In addition, I rarely took pictures — if I did, I made the flash as bright as possible. Lastly, I became obsessed with my personal hygiene and bathed several times a day. For many years, one person placed things in perspective: my grandmother. She guided me professionally and always reminded me of the importance of having self-confidence. Nothing but navet led me to believe I’d always have her to anchor me when I went adrift. Last October, I lost that grounding, and had to set sail on my own. I was 22 when my grandmother died, but still her baby. Before passing, she promised to haunt me — in a loving, caring and nurturing way of course — if I didn’t embrace who I was and fulfill my destiny. I pledged to her, and myself, that I would honor us both. I just had to figure out how. After her death, I started a discussion board for young Haitian women and posted questions about issues in our community. At the top of my list was the problematic, white-washed Haitian standard of beauty (which is that light-skin, pouty lips and slender noses are the epitome of femininity). I was inundated with responses from young Haitian American women talking about everything from crash dieting to pinching their noses to keep them from spreading. I knew I was on to something. Another big topic? Careers. Many women felt forced into “traditional” paths, such as nursing, and robbed of the opportunity to follow their own dreams. I knew that helping these women — and myself — would be mine. I felt like I was slowly waking up from a nightmare. For years I was trapped by the aesthetic standards of my insular, traditional Haitian-American community — and it was emancipation time. What better way to honor my grandmother, myself and my sisters, than to start an organization that adored who we were? In 2009, I launched BelTiFi (which means, Pretty Young Girl in Creole), an organization for empowering and supporting young Haitian women, with that challenge in my heart. Instead of enlisting my friends, I scoured the Internet for board members who felt passionate about our culture, empowerment and change. Immediately, things started percolating. Board members were pressured into resignation by their families for joining a woman-run organization. Our sexuality was questioned because we did not allow Haitian men to infiltrate or change our agenda. The community ridiculed our motives for challenging values we felt were antiquated and not celebratory of who we are as young Haitian women. Still, we moved on, together. In March we hosted a lunch/gala featuring a panel discussion of successful Haitian American women in entertainment, law, and a host of other industries. Approximately 200 women attended — and it’s the first of many to come. Today I am balancing running a purpose-driven organization and embracing myself, a beautiful, educated Haitian-American woman, with a rich, chocolate-brownie complexion. I love my culture. Its pride and unity have helped us persevere through years of oppression, but I also recognize the need for growth and change. I know that BelTiFi will help many young women find their voice and abandon the limiting messages that have been socially ingrained in us. I’m happy to say I no longer believe those notions are true. Every day I’m working on celebrating who I am, a BelTiFi.