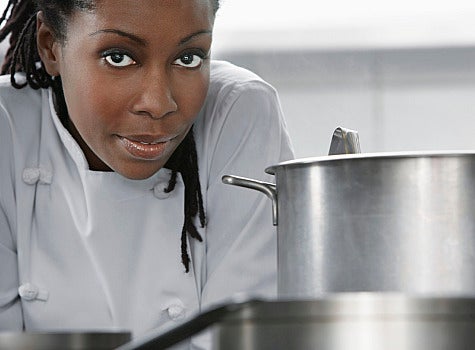 An Australian publisher ordered a reprint of 7,000 copies of its cookbook Pasta Bible after one recipe called for “salt and freshly ground Black people,” instead of black pepper. “We’re mortified that this has become an issue of any kind, and why anyone would be offended, we don’t know,” head of Publishing at Penguin Group Australia, Bob Sessions, told the Sydney newspaper. Well, We’re mortified too. We’re mortified that such a typo would appear in your cookbook and that Mr. Sessions would be so unapologetic about it. It seems unlikely that a typo like that would just exist without someone’s deliberate action behind it. It’s not just a “silly mistake” as you called it. It’s offensive. What’s with Australian media doing things to upset Black people? In January KFC Australia’s  “Cricket Survival Guide” commercial, in which an uneasy white man gives a bucket of fried chicken to Black-Caribbean spectators, infuriated watchers on this side of the world. In October, actor and jazz singer Harry Connick Jr. slammed Nine Network in Australia for allowing a racist skit of five white men in black face and Afro wigs, dancing like the Jackson 5, to be performed. It’s enough Australia. It’s just not funny. Related stories: