By Paula Rogo · Updated October 23, 2020
Arkansas state Sen. Stephanie Flowers brought her colleagues all the way together for trying to cut short debate on a controversial “stand your ground” gun measure. According to USA Today, three Republican state senators sponsored a measure that would effectively allow gun owners to stand their ground in the face of a perceived threat. Flowers, who is Black, passionately called out members of the state Senate Judiciary Committee for not acknowledging how “stand your ground” laws would disproportionately affect Black men in their state, including her 27-year-old son’s life. A clip of her plea against the new measure went viral “I am the only person here of color. I am a mother, too, and I have a son,” Flowers said Wednesday during committee debate over the bill. “And I care as much for my son as y’all care for y’all’s. But my son doesn’t walk the same path as yours does. So this debate deserves more time.”

State Sen. Stephanie Flowers had a powerful and emotional response to a white lawmaker trying to silence her in a debate on Arkansas' ‘stand your ground’ gun laws pic.twitter.com/aZ1OQg2mOs

She added: “You don’t have to worry about your children. … I worry about my son, and I worry about other little black boys and girls. And people coming into my neighborhood, into my city, saying they have open-carry rights walking down in front of my doggone office in front of the courthouse.” 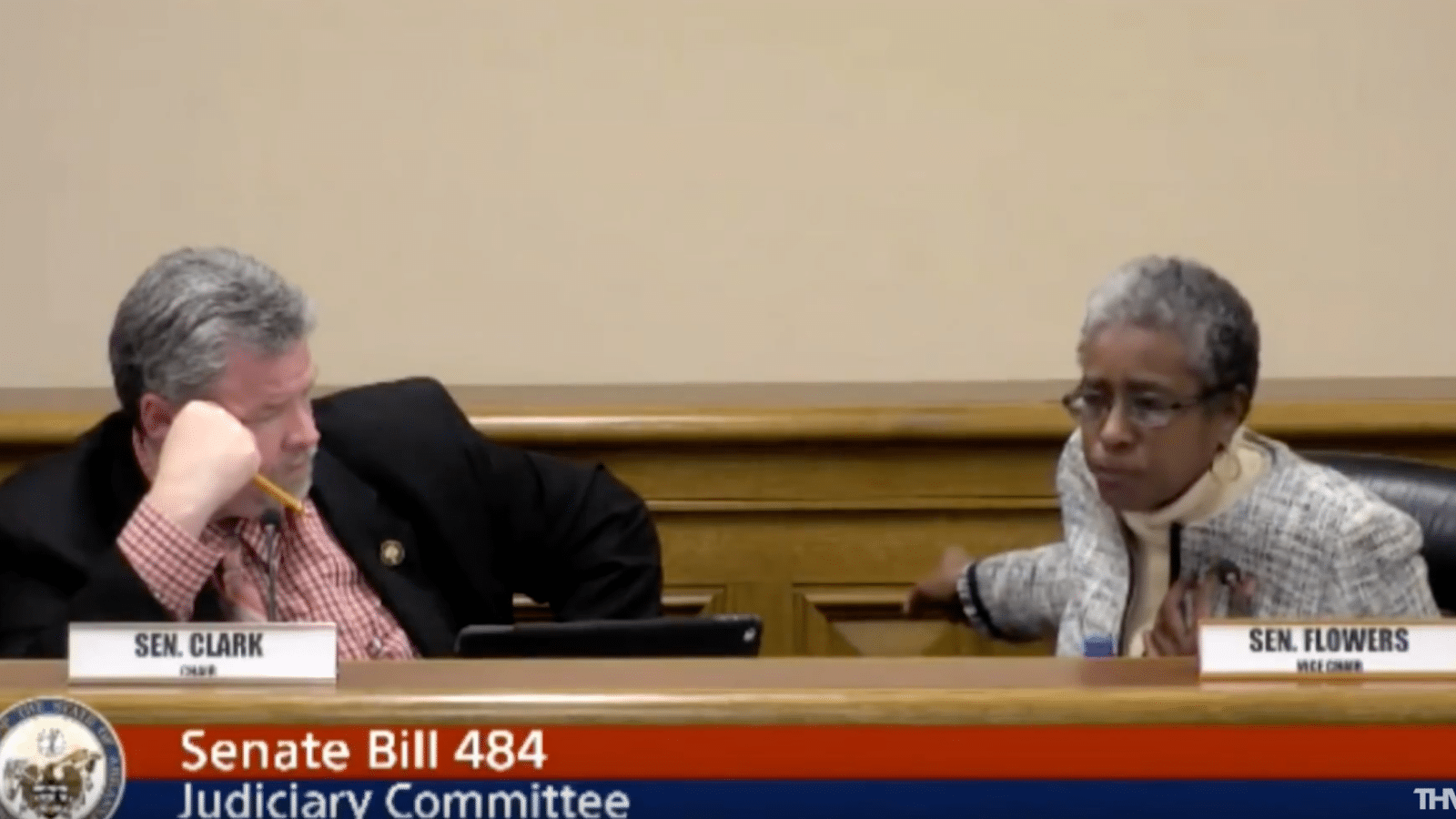 When Republican committee chair Alan Clark told her to stop talking, she did not back down. “What the hell you going to do, shoot me?” she demanded. “Go to hell. I’m telling you, this deserves more attention.” The measure was eventually defeated, 4-3, but it is likely to be introduced again in the upcoming week, the Arkansas Democrat-Gazette reported.
TOPICS:  Stand Your Ground Stephanie Flowers