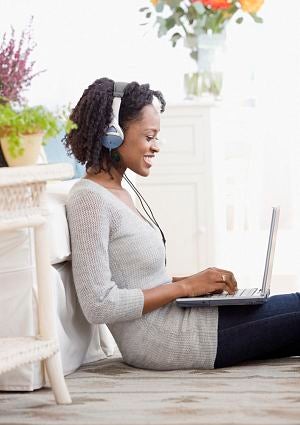 If you’re like most Internet-savvy women these days, chances are you’re rarely far from your laptop or phone, even when you’re asleep. In fact, a third of women put off peeing and brushing their teeth to check Facebook first thing in the morning, according to a new poll by the Oxygen network. The survey, conducted on women between ages 18 and 35 who frequent the social media site, found that 26 percent of self-described “Facebook addicts” also admit to waking up in the middle of the night to check the site. Interestingly enough, the line between what’s public and what’s private seems visibly blurred in the 18-35 age group. Sixty-three percent of the 1,600 users polled said they used Facebook as a networking tool, while 42 percent said they didn’t mind posting photos of themselves looking “visibly intoxicated,” and 56 percent were fine with posting personal problems in their status updates. Women also use Facebook to keep tabs on their “frenemies” and spy on current and ex boyfriends. Because women by nature are generally more social than men, it’s no surprise that we appear more on sites like Facebook, Twitter and MySpace (for those who still dare). Women are also looking for a sense of community on the Internet. A recent study conducted by the University of Southern California that found that 67 percent of women under 40 are as dedicated to their social media “friends” as they are to their offline friends. With those figures, it’s no wonder women rule social media. Now tell us, how soon after waking up do you check your Facebook and Twitter?