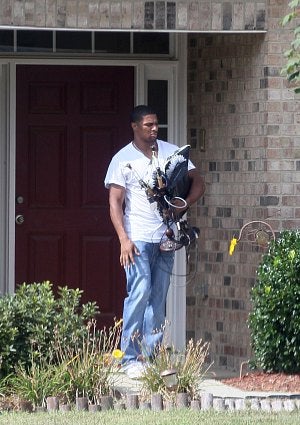 Antwaun Cook, the man whose marriage singer Fantasia Barrino is accused of splitting up, was spotted outside of his North Carolina family home collecting some of his belongings. According to TMZ, Cook, 26, has moved into apartment close to the house where his estranged wife Paula Cook and their two young boys live. Fantasia recently met up with Cook in a park near her Charlotte home just three days after she was released from the hospital, where she was treated for an overdose on aspirin and sleeping pills.