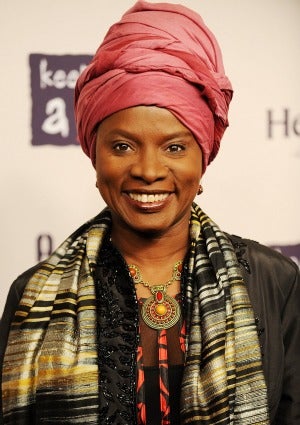 She may be an African artist, but singer Angelique Kidjo feels at home anywhere, musically that is. Known for her brand of afro-pop music Kidjo recently ventured into the land of soul music and collaborated with John Legend on a remake of Curtis Mayfield’s classic, “Move on Up.” Now Kidjo is taking her love of all genres of Black music to the stage with a concert at Carnegie Hall this Thursday, November 11. Kidjo spoke to ESSENCE.com about her upcoming concert and why no matter where you’re from, “we’ve been listening to the same music.” ESSENCE.com: You’re about to perform at Carnegie Hall. ANGELIQUE KIDJO: It’s been an interesting year for me because in six months I’ve done the Zankel Hall, a smaller hall at Carnegie, the Royal Albert Hall in London and the Sydney Opera House in Asutralia, and I’m like, ‘hold on Angelique, something big is happening here.’ And then the perosn that booked me at the Zankel Hall in Carnagie said, ‘You have to do the big hall’ and I was like, ‘Hello, put me on there.’ It’s one of my favorite venues. ESSENCE.com: What will you be performing? KIDJO: I decided to do the trilogy of albums I’ve done since 1997 to 2003 by tracing back the roots of slavery through the Black diaspora around the world and how the music of Africa through slaves has impacted modern music we make today. My guests include Omara Portuanda, Dianne Reeves, Youssou N’Dour, and other surprise guests that are coming in. ESSENCE.com: Why did you want to do a concert around Black music, instead of African music? KIDJO: What I’m trying to do is prove to people that we’ve been listening to the same music for so long and we are not that different from one another. And if you’re able to love blues, rock and roll, hip hop, and R&B you cannot be racist because they all have one origin: Africa. Catch Angelique Kidjo and friends at Carnegie Hall, Thursday, November 11th. Kidjo’s latest album “Oyo” is in stores now.