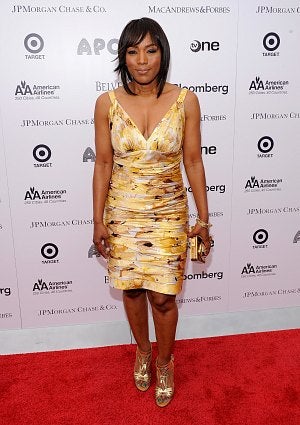 Wildly talented and underrated actress Angela Bassett will be returning to primetime TV in a new ABC drama project called “One Police Plaza,” reports Deadline.com. The drama will be centered around New York City’s first female commissioner, played by Bassett. This will be the mom of two’s first foray back into TV after starring on the final season of “ER.” No word yet on when the drama will premiere. Next up for the Oscar-nominated actress is playing Paula Patton’s class-conscious mother in T.D. Jakes’ “Jumping the Broom” this January, which looks like a winner. What’s your favorite Angela Bassett role?

U.S. Secretary of Education Miguel Cardona on COVID-19 and t...

Everything We Learned From Raoul Peck’s ‘Exterminate All...

We Didn’t Create the Black Maternal Health Crisis, But We ...