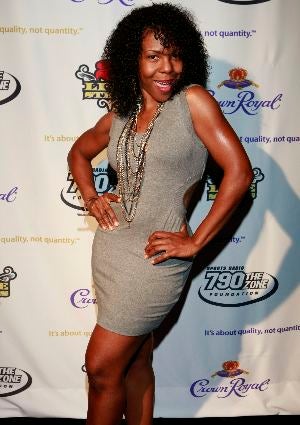 R. Kelly’s ex-wife, Andrea Kelly has returned to her first love — dance, with the Andrea Kelly Dance Theatre in Chicago. As Kelly gears up to open another location in Atlanta, she spoke to Creative Loafing Atlanta about how she became a dancer for R. Kelly and being in her husband’s shadow. “I did the videos, I did the tours, award shows … in between having babies and touring I was still dancing, still right on the same stage, right along with him,” Kelly told Creative Loafing. “Me, him and the kids, just as married as he wanna be. I’m right there and people never knew.” Kelly said she was happy for her husband’s mega success but wanted her “due respect,” for the role that she played. She acknowledged R. Kelly’s talents, calling him a “musical genius.” But would she step on stage with him again? “You know, I probably would never work with him again and it’s not a negative thing,” She said. “I think because that’s a part of who I was; that’s not a part of who I am now. I am always going to be supportive because that’s the father of my children. Let’s not get it twisted; I keep it very real. As long as he’s successful, we’re fine.”