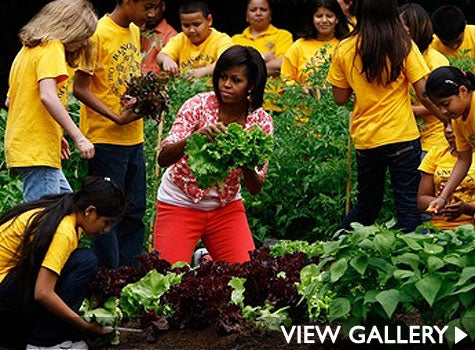 Marilyn Martin knew things were bad when a typical dinner for kids in her neighborhood consisted of chips, a honey bun and soda. With no full-service supermarkets in Central Detroit, processed, high-calorie snacks-from liquor stores, convenience stores and gas stations were virtually the only kinds of foods available.

“The other option for moms was to run to a fast food restaurant,” says Martin, 33, a stay-at-home mother who often drove to suburban markets for better choices. “It was really bad because obesity, high blood pressure and diabetes run rampant in this community.”

Experts have declared more than half of Detroit, a city with 800,000 people and just 40 grocery stores, a food desert. Most residents live twice as far from the nearest supermarket than a fast food restaurant. Unsurprisingly, Detroit also has one of the nation’s highest obesity rates. According to the Michigan Department of Community Health, 70 percent of Detroiters are obese or overweight.

It’s an issue that has been central to First Lady Michelle Obama’s platform, as she continues to put a spotlight on obesity, especially as it relates to children, and health and nutrition. The White House kitchen garden, which she started in March, has been a particularly effective tool. “She wanted to focus on teaching kids about healthy eating habits through the garden, and thinks it will pay off in the long run,” says the First Lady’s Director of Policy and Projects, Jocelyn Frye. “When you look at childhood obesity and how that connects to adult obesity, as well as a lot of other serious health conditions, we think the best way to begin to tackle that is focusing on educating children. We wanted to figure out how we can best draw attention to the problem and also identify the solutions.”

One solution has been discovered by a community group in Detroit called Peaches and Greens. Putting a healthy spin on the ice cream truck model, the organization stocks a truck with fresh fruits and vegetables grown in community gardens. With R&B music playing to announce its arrival, the Peaches and Greens truck winds its way through the inner city, peddling produce five days a week.

“We are seeing kids who prefer to have apples or grapes over a bag of chips. It’s almost like a delicacy when you aren’t used to having it,” says Lisa Johanon, executive director of the Central Detroit Christian Community Development Corporation, which runs the Peaches and Greens truck and 60 vacant lots’ worth of urban vegetable gardens. “The response has been incredible, and by educating people now, especially the children, we’re staving off health problems that are going to crop up later.”

Martin says having local produce is a huge change from when she borrowed her brother’s car to hit supermarkets in the suburbs. “It’s a dream come true for me,” she says laughingly. “And it’s encouraged everyone here to get healthier.”