Actress Amandla Stenberg is used to making headlines due to her socially conscious activism, but we knew it was only a matter a time her awesomeness and good looks landed her a beauty campaign. And thankfully that time as come!

The 17-year-old star has been tapped as one of the faces of Stella McCartney’s new fragrance, POP. So, between being one of the voices of her generation, a film student at NYU, and an author of a comic book series — Stenberg has added model to her growing list of monikers. 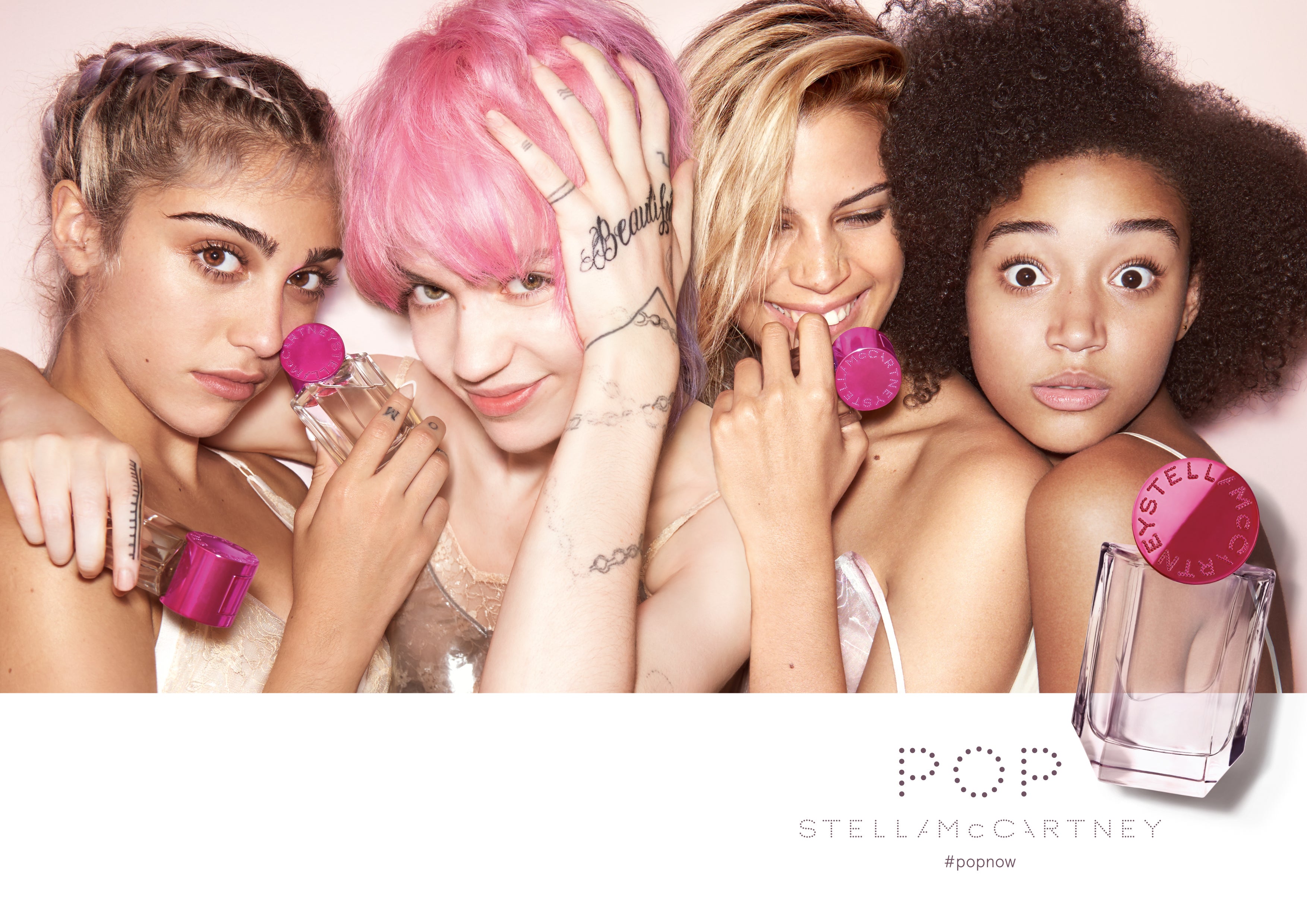 “The Hunger Games” actress is joined in the print and video ads by Madonna’s daughter Lourdes “Lola” Leon, Quincy Jones’ daughter Kenya Kinski-Jones, and Canadian songstress Grimes. While the print campaign is beautiful, we’re particularly loving the 60-second video for the tuberrose-and-sandalwood scent. In the video, the ladies are captured dancing in the California desert and driving down a lonely highway in a roofless, pink Cadillac that’s tricked out as a mobile swimming pool — all while jamming to Janelle Monae’s song “Venus Fly.”

“It’s about capturing and celebrating that very special and exciting time when you are finding yourself and coming into your own. It’s about freedom, and starting your life away from judgments or labels,” McCartney explains on her website.

And if Stenberg and Monae aren’t enough #BlackGirlMagic for you, then consider tha fact the stunning video was directed by Melina Matcoukas — aka the uber talented woman who directed Beyoncé’s “Formation” video; is the director for Isa Rae’s forthcoming HBO series “Insecure;” and she’s also one of Solange’s super fly BFFs. Dope.